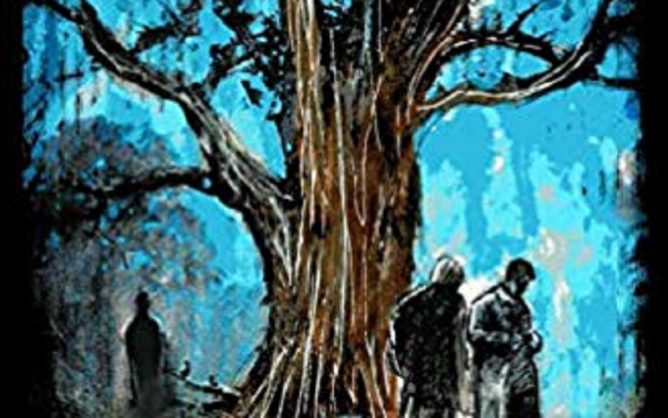 Time for a semi-regular update on my thrilling adventures in authorville. In between reading and reviewing some fine anthologies and a bit of nonfiction, hacking and slashing through the Friday night DCC sessions, and desperately trying to catch up on my Netflix queue, I’ve actually gotten a lot of writing done. 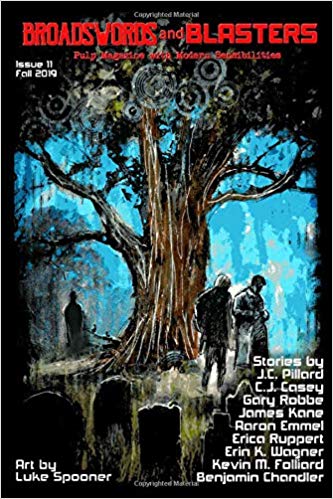 On the whole this has been a productive year for me, but I don’t have a huge number of announcements to show for it. Most of the stories I placed over the past few months won’t see print until some time in 2020. But there are worse problems to have.

In the mean time I’ve had my head down, ignoring some very tempting open calls and working on a novella (or novel, we’ll see) that probably won’t be ready for the call it was intended for. I actually outlined this one, too.

So I will still keep plugging away at the eventual novella, with giddy and unfounded hopes of finishing it before the new year. But I’m also giving myself permission to work on some other short pieces as the inspiration strikes.

And speaking of short pieces, my pulpy sword-and-sorcery story “Dust Claims Dust” appears this month in Broadswords and Blasters Issue 11. I don’t normally write this type of fantasy–having realized that weird horror is more my natural state–but sometimes a story just happens.

I’ll also have a bit of flash coming up at Harbinger Press later in November, which is more in keeping with my usual tendencies.

Once we’re past Halloween, the holidays will be on top of us with all the attendant commotion. Writing time will be hard to carve out, but there are a lot of great markets open until December 31. With any luck, I’ll be able to do it all.