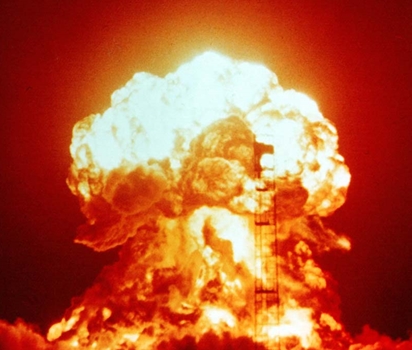 Summertime, and the movies are easy. No-one expects deep thoughts from the summer blockbusters. They’re like fireworks. We look forward to them and expect them to be BIG! and LOUD! and FUN! Which, for the most part, both Mad Max: Fury Road and Jurassic World managed to be. We got excellent dinosaurs. We got flashy post-apocalyptic mayhem. There’s no reason not to suspend disbelief at the door and watch them in glorious 3D while happily munching popcorn.

So then why am I overthinking this? Why do these two particular cinematic spectacles bother me?

Because I remember the original movies in each franchise so fondly, and although these are worthy efforts I think the new additions don’t quite measure up to the previous films in each series.

Maybe it’s blockbuster burnout. My expectations are high after The Avengers got the season off to a phenomenal start. Which gives any subsequent releases a high mark to hit, and makes the near-misses even more bittersweet.

By rights, George Miller should have been able to resurrect his Mad Max franchise easily with this latest spin on the story. I had really hoped he would pull this off despite the thirty-year gap between it and Beyond Thunderdome. The cast is mostly stellar (I’m talking to you, Charlize Theron and Nick Hoult), the cinematography is astounding, the soundtrack visceral and remarkably effective.

But Miller, it seems to me, has nothing left to say about his most famous creation. Having seen the previous three movies way too many times, it seems to me that he mines his own past to fill in that gaping blank spot with highly- characters similar to The Road Warrior’s Lord Humongous, Beyond Thunderdome’s Master-Blaster and tribal children, and even the witches of The Witches of Eastwick. He even brings back Hugh Keays-Byrne, his former Toecutter remade as Immortan Joe. Lost in this crowd, I feel like Max just wanders around, handsome and brooding as always, haunted by his past in a mind-blowingly in-your-face way that eliminates any need for acting. I don’t like the way Miller leaves Max to function as a leather-clad accessory until he becomes entangled in Imperator Furiosa’s storyline. By including so much of Max’s (and pretty much everyone else’s) mental anguish on-screen, Miller only reminds me that he once knew how to evoke bleak despair and fragile hope without tortured dialogue or jarring cinematic flashbacks.

And also by including Max, Miller creates a distraction from some fiercely impressive character development in Furiosa and Nux.

But the largest distraction, I think, is that Mad Max was shoehorned into an otherwise solid action plot for the sole sake of name recognition. This was never Max’s story. And it bothers me that Miller chose to ignore that minor detail in reboot of the franchise that might have been better as a spin-off. So while I had a lot of fun watching the good Fury Road, I couldn’t shake the feeling that it could have been the GREAT Fury Road. Maybe next time.

Jurassic World is a different story. It struck me as coolly, weirdly self-aware about its own corporate underpinnings yet it does nothing interesting with that awareness. Based on how many close-ups I saw of the Mercedes emblem, I guess it doesn’t want to bite the hand that feeds it. But by playing it safe it misses a perfect chance to make some fun of corporate entertainment and to bring the audience in on the joke. Maybe I expect too much? 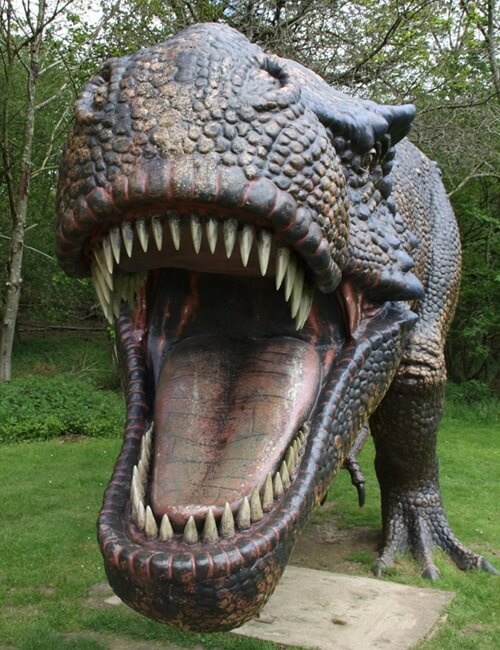 “Bigger, with more teeth” really is an accurate description of the latest venture, with more and scarier dinosaurs, showier rides, and a truly impressive amount of product placement. Don’t tell me you didn’t notice it. Its opening weekend box-office was record breaking. Its cast is A-list. And still…I can’t help but believe something is missing. Jurassic World does have more teeth, but Jurassic Park had more heart.

The stars seem better than the surprisingly flat script at all levels, with Chris Pratt and Bryce Dallas Howard oozing personal charm from every pore and trying their level best to inject some humor into the proceedings. But even with a stellar supporting cast helping with the heavy lifting, the plot and the action continues to strike me as only adequate. It seems that Jurassic World still needs T. Rex to make it truly worth the trip, at least for me. Ol’ Tyrannosaurus is not as big or terrifying as Imperasaurus, but she’s still cool in a way the flashier dino is not. And let’s face it, we all showed up for the dinosaurs.

But again, I don’t think the director, scriptwriters, and producers had anything new to say. And that’s really a shame, because everything else seemed to be in place. Incredibly likable leads, stunning effects (Oh, that mosasaurus!), creepy bad guys—this was going to be IT. And then it wasn’t.  Repeated references to the previous films will excite the young crowd, and this was a perfectly serviceable film for the older (dinosaurs!). But it doesn’t resonate for me. When I remember the thrill of my first sight of dinosaurs in Jurassic Park, the references only serve to underscore the magic, humor, and human warmth the current film does not, for all its artistry and production values, recapture. Again, maybe next time. I’ll give Chris Pratt another chance.

Until then, though, Terminator: Genisys had better be good.