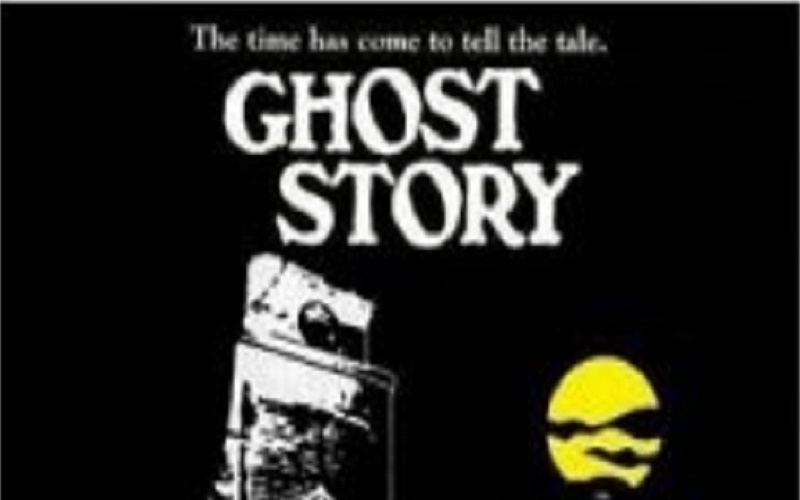 Ghost Story, the 1981 film based on Peter Straub’s novel, is a traditional supernatural thriller that promises more than it actually delivers. While beautifully filmed, atmospheric, and with genuinely intense performances, it shows its hand too early and ends with less impact than it should.

But when it works it works well, and I think there is enough substance to it to make it worth a watch.

Ghost Story opens suggestively with a group of old men sitting in the dark, sharing a tale of a man buried alive. From there the film builds a threatening gothic mood, with grey winter skies, a decrepit mansion, and the mournful strains of organ music. As the story unfolds, recurring themes emerge. There is water everywhere, in sinks and tubs, in streams and downpours, in oceans and pools and ponds. There are haunted dreams, and a woman’s disembodied laughter. The effect is nicely chilling. 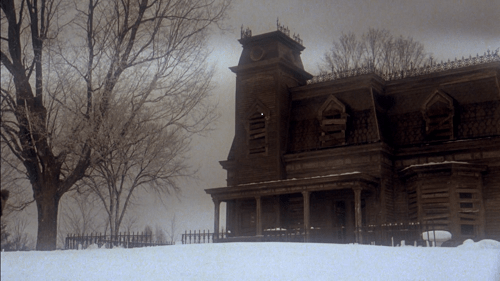 And as expected, there is an old, ugly secret driving Ghost Story’s plot–and a vengeful spirit at the heart of it.

The performances of the veteran actors who fill the cast are solid and convincing, but they pale beside the fierce, spooky energy Alice Krige brings to her split role. Krige is fascinating as the transgressive and otherworldly Alma/Eva, imbuing the character with appropriate mystery and creepy sensuality. Her anger and her ambition are raw and real, and it is easy to believe how dangerous a creature she is.

Alas, the plot turns let her down.

The practical effects of Alma/Eva’s rotting corpse are well done, grotesque, and startling. Unfortunately, her appearance as a corpse quickly becomes a regular feature of the film. While she still terrifies her prey, I found the repetitive jump-scare of her decaying face quickly losing its ability to shock me.

A subplot involving a man and child who serve her in return for immortality is awkward and disconnected. These two strange characters exist only as convenient devices, killing off characters when the ghost is busy elsewhere. But given the plot’s insistence on splitting the party, they do at least keep things moving.

While there are gaps and weaknesses in the plot, and many of the complexities of Alma/Eva are lost in the translation from novel to screen, Ghost Story is still an entertaining film. Despite its missteps, it sets a satisfyingly frightening mood and captures the supernatural horror of its source material. It isn’t a classic, but I think it’s a comfortable, old-fashioned ghost story good for a quiet night.