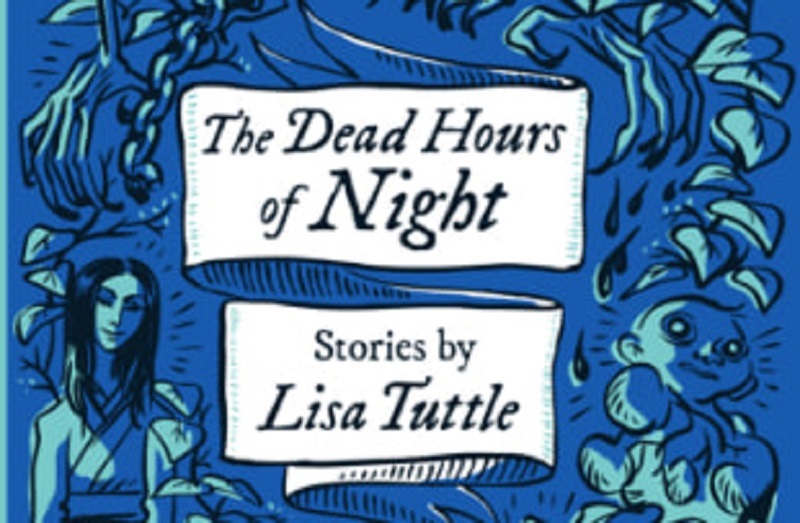 The Dead Hours of Night, Lisa Tuttle’s latest collection, is as wonderfully uncomfortable as I had expected. With a dozen stories spanning close to forty years, there is ample opportunity to immerse yourself in the cold, familiar, unsafe worlds Tuttle has built. Her prose is grim, clean and sharp as she describes crumbling relationships, fraught decisions, and disturbingly abrupt turns of events. Her horror is made as much of the real world as of the supernatural. It gets under your skin, and takes root there. 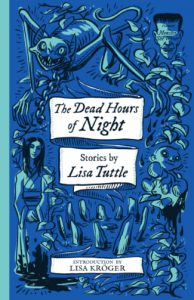 There are several stories in The Dead Hours of Night that I found to be exceptional:

‘Objects in Dreams May Be Closer Than They Appear’ transcends the merely fantastic to reach the truly horrific, when a woman decides to revisit the past with her ex-husband. The ending is sudden, unexpected, and genuinely frightening.

‘Replacements’ is a classic, and rightly so, twisting the bond between parent and infant child into something truly terrible.

‘Mr Elphinstone’s Hands’ begins almost lightheartedly before becoming very dark, with a huge void at the center. The directionless, immature protagonist and bleak and unresolved conclusion are far more disconcerting than they should be.

‘Where the Stones Grow’ is another classic, first appearing in the Dark Forces anthology, and spans continents with its elemental folk horror.

‘The Book That Finds You’ is a complicated anecdote about an extended, strange encounter, as odd and coincidental and messy as life. The passions and compulsions are familiar to bibliophiles, and its open ending is at once a mystery and a slice of everyday existence.

While there are no new pieces in The Dead Hours of Night, Tuttle’s introduction to each story gives us a new perspective on them. The sharp-eyed sketches of life, with monsters, are still fresh and jarring because of the inherent humanity of the characters–they make the same decisions we have all made, with the same motivations. Fortunately, out here in the real world, the outcomes are more predictable.