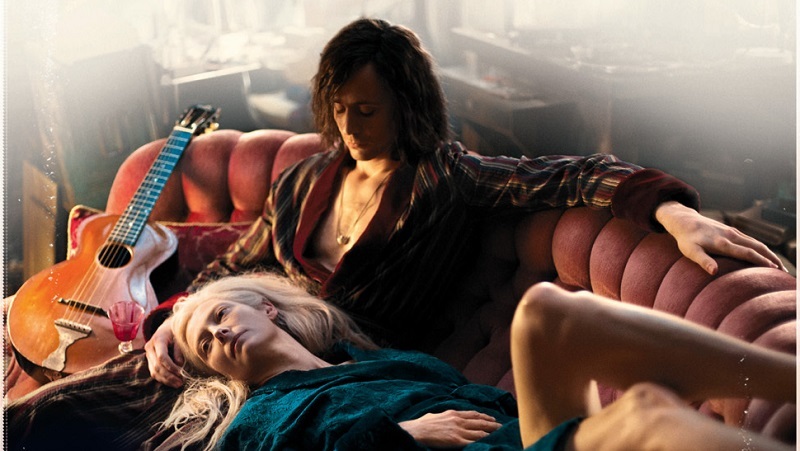 Jim Jarmusch’s 2013 vampire film Only Lovers Left Alive is already a classic, and should be required viewing for aficionados of the undead. Rich and slow and imbued with both a sense of doom and a love of life, Only Lovers Left Alive escapes the limits of the most common vampire tropes while still giving them a nod. The sly humor that runs through the film only underscores a deep sadness, a dichotomy Jarmusch uses to advantage in exploring love, devotion, and bare survival. 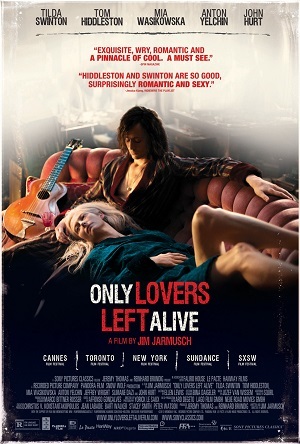 The film is absolutely gorgeous, filled with sumptuous, decadent settings, from the decayed streets of Detroit to the narrow alleyways of Tangier. Cool, faded colours make the scant traces of blood stand out. The vampires themselves are contrasts in light and dark, with dull hair and worn clothes but bright, shining eyes. The pacing is languid, taking an hour to set the stage with conversation and small rituals before the action truly starts. Once it does, though, the carefully curated world the vampires have made quickly unravels around them.

The cast of is small, and impeccable. Tilda Swinton is exquisitely alien as Eve, and is well-matched by Tom Hiddleston as her husband, Adam. Adam is younger than Eve, and prone to suicidal melancholy. Eve has seen it all, but she still has a joy for living. Neither of them are jaded, yet they are too old to be surprised. The vampire clan is completed by John Hurt as Christopher Marlowe, ancient and still creative, and Mia Wasikowska as the young, chaotic Ava.

The human companions are played by Anton Yelchin as the jittery, possibly deceitful Ian, and Slimane Dazi as the talented and devoted Bilal. Jeffrey Wright does a brief, sarcastic turn as the blood-dealing Dr. Watson.

Only Lovers Left Alive is quiet, wry, sad, sweet, and silly–not really a horror movie in any traditional sense. But I don’t think that was ever the point. Jarmusch uses the artistic longings and strivings of its vampires, their need to create a family, and ultimately their overwhelming desire to survive, to endure, and to protect what they love, as a reflection of human nature. In the end, they and their motivations are no more monstrous than ours. How could they be? They were human, once, too.

1 thought on “Only Lovers Left Alive: Romance Among the Ruins”