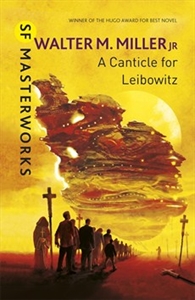 A Canticle for Leibowitz

One cannot simply review a work with the enduring impact of Walter M. Miller, Jr’s A Canticle for Leibowitz. It would be a waste of everyone’s time to deconstruct the characterization, or the imagery, or the phrasing, plotting, and pacing. Those components all took a back seat to Miller’s philosophical observations about faith, hope, and human frailty, and the result is a novel that left me contemplating its nuances long after closing its cover. The following is what I took away with me.

In broad outline, A Canticle for Leibowitz tracks the progress of humanity over the eighteen centuries following a worldwide nuclear apocalypse. Miller breaks his loose narrative into three sections at six hundred year intervals, each set at the Abbey of the Albertian Order of Leibowitz in what was once the Utah desert. His characters are the monks who persist there across the centuries, and the few visitors who seek them out. Despite the amount of time it covers, A Canticle for Leibowitz is not an especially long book. Neither its plot nor its scale is particularly elaborate. But its relative simplicity has surprising depths.

Miller gives only a brief, poetic summary of how the world ended, and what happened then:

“So it was that, after the Deluge, the Fallout, the plagues, the madness, the confusion of tongues, the rage, there began the bloodletting of the Simplification, when remnants of mankind had torn other remnants limb from limb, killing rulers, scientists, leaders, technicians, teachers, and whatever persons the leaders of the maddened mobs said deserved death for having helped to make the Earth what it had become.” (61)

He chooses not to dwell on the mechanics of a world collapsing upon itself. It happened, and it was terrible. Not much more needs to be said. 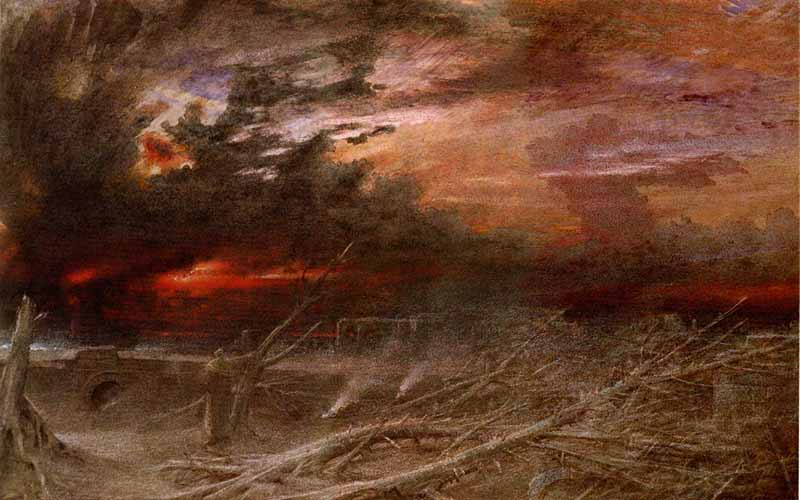 In the new Dark Ages of Miller’s post-apocalypse world, the Church and its rituals still endure in its ancient role as keeper of otherwise-lost knowledge. Beyond this anchor, Miller does not trouble himself with creating a realistic, fully-developed future; we need only a quick sketch of the world to understand Canticle’s allegory. The science, accepted by the monks as true even when they cannot understand it, takes a back seat to issues of genuine faith. It is absolute faith that preserves the fragmented information it cannot explain or employ, knowing that once lost it may never be recovered. And in a way the monks cannot admit, though they eventually come to suspect, this faithful preservation of ancient science allows man to re-sow the seeds of his own destruction. But the faith still endures.

Miller’s tone is both unsentimental and slightly wry, as if the long struggle of post-apocalypse recovery is merely a curiosity to be observed with detachment from an appropriate distance. Yet over the course of each section he swings seamlessly between amusement and pathos and pulls us along in his wake. Most characters are presented with a light hand, even as vaguely comedic archetypes rather than as specific people, and yet we can still feel for them as circumstances catch and overwhelm them.

But the novel is not really driven by its characters, either. They preserve, and they prepare, and they react, and the world moves on despite them. Canticle remains at its heart a musing about the folly of man and the repetition of history, dressed up as a novel to work its will upon us. Because this is allegory rather than narrative science fiction adventure, Miller employs his lay characters as symbolic devices to make his points instead of moving along his plot. The Wanderer, possibly immortal, drifts through the ages and gives the monks reason to question their assumptions about the world. The Poet—painted as cynical, slovenly, and a freeloader—sacrifices himself freely to balance an unbearable injustice. And at last, when the inevitable nuclear war erupts again, the uneducated, faithful, mutant Mrs. Gales is the one found worthy to carry a soul born without original sin.

Many of Miller’s attitudes are dated, and the story is littered with the detritus of atomic age technological dreams (not just the radioactive fallout), like space ships, translation machines and driverless cars. Miller also conserves a social order full of the racism and sexism of the 1950s, with savage tribes descended from the Plains Indians, an all-male priesthood beholden to New Rome, sly Asian aggressors, and women (nearly all merely mentioned but not met) consigned to mostly non-participant roles as Sisters, wives and mothers.

But within those limitations, Miller is still certain that man is clever enough to understand his past, and immature enough not to actually learn from it. He begins his story with the ignorance of the early survivors who carved a shrine from the desert: “He had never seen a ‘Fallout,’ and he hoped he’d never see one. A consistent description of the monster had not survived” (17). In some ways it reads as the innocence of a cultural childhood. And like childhood, it does not last. Next Miller follows their descendants through the rediscovery of nuclear technology, and finally into the morass of a terrible, seemingly inescapable cycle: “Generation, regeneration, again, again, as in a ritual…forever building Edens—and kicking them apart in berserk fury because somehow it isn’t the same” (232).

Miller seems to give humanity a pass for the first apocalypse they brought upon themselves: “Back then, in Saint Leibowitz’ time, maybe they didn’t know what would happen… They had not yet seen a billion corpses” (261). But after having seen those corpses, the second apocalypse, much like the second atomic bomb dropped on Japan, is far more difficult to excuse. 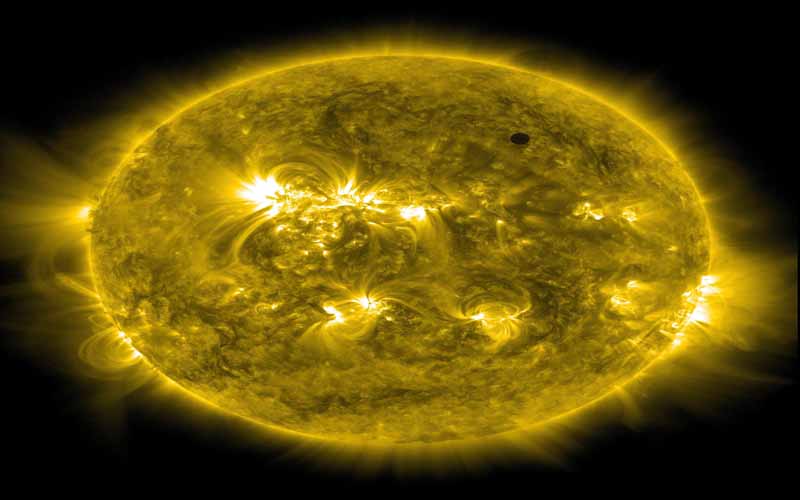 A Canticle for Leibowitz–Another Apocalypse

Miller was a veteran of World War II, and the scars of his experience show clearly in his work. Published in 1959, A Canticle for Leibowitz is one of a spate of similar late-fifties post-apocalypse novels ( like On the Beach, 1957; Level 7, 1959; and Alas, Babylon, 1959) generated by the then-recent memory of Japan’s nuclear devastation and the immediate pressure of the burgeoning Cold War. Humanity had finally achieved the means to destroy itself completely. Literature was one of the easier ways of dealing with it.

Even though A Canticle for Leibowitz is about humanity’s double-edged efforts to survive and rebuild itself after nuclear annihilation, the novel is constructed almost entirely of the internal struggles of a few essentially honest and well-intentioned men wrestling their own consciences. The background circumstances shape them, but they must still find ways to live with their own moral and practical decisions in the larger political world. They argue with and among themselves, reach occasional understandings, and frequently disagree. But they mean well. They want better, for themselves and their brethren. Miller does not offer any real villains. The antagonist against which his good men struggle is rather man as a collective—bringing to mind the old warning that humans as individuals can be very smart, and as groups can be very, very stupid.

Although Miller begins A Canticle for Leibowitz in the wake of one nuclear apocalypse and ends it at the beginning of another, his story arc is still fueled by a shaky but enduring hope. Despite the fear and ignorance and destruction that humanity hauls around on its back, despite the marked inability of man to get off that terrible wheel he has built for himself, Miller still leaves room for us to be capable of better, and to try again, and again, and again to achieve it. Even as he mourns the repetition of the end of the world, he allows that the faith in something better may actually, finally create one. He believes in second chances, and thirds. Maybe one of these times, we’ll get it right.

4 thoughts on “Read This: A Canticle for Leibowitz”