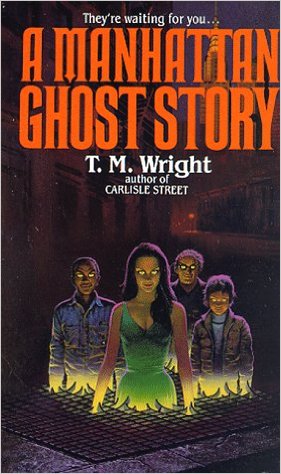 As I mentioned in my previous post, my first encounter with the late T.M. Wright was his 1984 novel A Manhattan Ghost Story. I picked it up as a teenager, thinking it was just another cheap horror novel. I was wrong. It treated the dead differently than anything else I’d read before—not as monsters, but as damaged people trying to get by. The old physical copy of the book is long gone, but the mood of the story has always stayed with me. It is a horror novel without horror. It is sad, instead of scary, thoughtful instead of graphic. Sentimental. Wistful. Messy, like life.

In many ways A Manhattan Ghost Story is an earlier rendition of the stylistic and conceptual quirks found in The Last Vampire. But while the two novels are thematically related, they look at the central idea of the lingering, still-wounded dead from opposite sides of the veil. I think because it has a living protagonist, A Manhattan Ghost Story is a more direct narrative. But it still repeats itself at frequent intervals because of the habits and patterns the ghosts are caught in. It is also inconclusive. It begins and wanders on to an end but never truly resolves—a difficult trait in a novel.

Still, A Manhattan Ghost Story may have been Wright’s most commercially successful work. It was optioned several times (with the rights last purchased by Disney in 2006), but in the end it was never filmed. Which may be for the best. The prose is straightforward and the settings mundane, but this is a strange, slow, dreamy, and at times blunt novel built on layers of perception rather than on action. What happens is often just repetitive motion, fragments of lives remembered and replayed on a loop, because so many of Wright’s characters are already dead.

In A Manhattan Ghost Story, Wright’s POV character Abner Cray receives the unwanted gift of seeing ghosts. Abner doesn’t realize it until after he has met and fallen in love with the ghost of his best friend’s murdered girlfriend. The novel follows Abner as he learns, painfully, to distinguish the living from the dead when he has already been drawn too deeply into their world.  As Abner explains, “I have learned that the living are not very different from the dead.  And I have learned that you often need a very good eye, indeed, to tell the difference” (50).

Here, Wright’s ghosts are physical and social and superficially have agency—but they exist within narrow parameters, able to create an illusion of free-will while repeating bits of their own pasts in a quest for resolution. The ghosts themselves are haunted. And this makes any interaction with them unnerving:

“‘Unfinished business,’ that’s what my mom says.”  He sounded much more petulant, now—a little angry, in fact.  ‘You want a puppy?  You can have one cheap.  Two dollars.’  I looked back at the boy… and the boy was staring up at me and giving me his   heart-rending plaintive smile again.  ‘Hey mister, you want a puppy?’ he asked. ‘You can have one cheap.  Two dollars.’ I didn’t answer. I had begun to have an understanding of what exactly was happening to me, and of the world I’d stumbled into” (123).

The world Wright creates for the dead is as full and busy as the world of the living, and as complicated, because in many aspects they aren’t very different: “Pettiness survives.  And jealousy.  And pretentiousness, fear, loneliness, depression.  I have learned that the living haven’t yet cornered the market on misery” (135). But there is more to it than that: “…the dead sing, and laugh, and sit up, look around, cry, want. And they’re confused, too.  Confused and lonely.  And they hurt.  And, at last, they come apart and go off to someplace else” (212). Essentially, Wright’s ghosts experience an incomplete and abbreviated version of their lives, existing as their own echoes before fading out.

It is finally that coming apart that brings A Manhattan Ghost Story to its indeterminate end. Abner may love a ghost, and she may in her way love him, too. But none of that can keep her anchored in the world: “I am coming apart,” she said.  “We come apart.  We all come apart … We leave.  We go away” (205). It is the ultimate unfinished business. 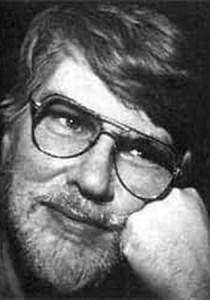 It is the falling apart, I think, the going away, that is the saddest aspect of A Manhattan Ghost Story. While Wright’s last vampire outlived his wants, these ghosts have not. They still desire what they had in life, even if it is messy and incomplete. Even if it is always unfinished. In that, they are indeed very much like the rest of us.

Thank you for that, Mr. Wright. And, goodbye.