Nightbird by David Busboom is an entertaining, richly written debut novella that I wish were a full-length novel. The language is evocative, the premise interesting, and the plot straightforward without being predictable. Isaac, the first-person narrator, describes his deflowering by a mysterious woman, and what becomes of his life because of her. There are no shocking twists, here, just a steady journey into darkness. 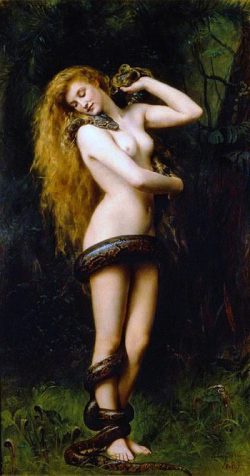 Nightbird shares its predatory feeding and psychic enslavement with traditional vampire fiction. But Nightbird’s titular monster is not truly a vampire. She is Lilith, the sexual demon of Biblical legend, now a red-haired predator hunting in modern day Illinois. Busboom incorporates a trove of Lilith lore into his tale, from the early Babylonian legends to modern artistic interpretations of her attributes. He also includes an impressive amount of cultural references–Theda Bara, H. Rider Haggard, H.P. Lovecraft, Fritz Lang and Tod Browning, among others–that hint at Nightbird’s background mythology.

The novella is full of wonderful imagery, as when Busboom reveals one of the supernatural beings that plague Isaac: “He wore a mask of uncanny whiteness, gleaming like an oval of ice”.

Busboom also has a knack for visceral description that is vividly. beautifully gross:

“A pale, warty body sparsely covered in gray-blue hair…Thick, webbed fingers clenched and unclenched with a slow, trancelike rhythm. The horrible round eyes were open, but vacant. From its slackened mouth snaked a long, forked tongue, the prongs of which were embedded deep in the right side of my chest. The creature pressed and bulged against me…”

These living, breathing descriptions are the strong points of the novella. Even something as simple as a roast beef sandwich is compelling. 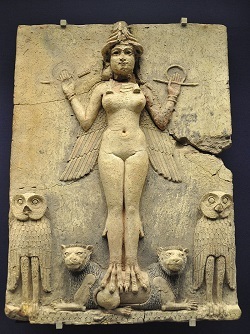 Which is why I wish for a longer version where the many mystical elements had been expanded on with more description. The motives behind some of Isaac’s actions would have come across more effectively, for me, if certain background details had been fleshed out to give a better sense of the mythic structure beneath the story. In particular, occasional specifics of Isaac’s quest for knowledge would have gone far in establishing the ancient threat. The details we are given seem like a gloss:

“In my final year of high school…I’d been in communication with college professors and visited the campus library. A close survey of Gilgamesh, the Babylonian Talmud, and the Arslan Tash amulets had supplied terrible clues to her nature, methods, and desires, but talks with several students of archaic lore in town—and correspondence with many others elsewhere—had made it difficult to determine what was true, what was legend, and what was outright conjecture or manipulation.”

Isaac may have understood what was going on, but I didn’t feel the character shared enough of his knowledge with the reader. Not that blunt exposition is needed, but a sprinkling of well-placed hints would have given additional depth to the narrative and additional urgency to the plot.

So what is the take-away for Nightbird?

Get it. Read it. It’s worth it. My criticisms come from wanting more. Nightbird is a strong story, full of dark ideas, dramatic imagery, and fantastic use of language. David Busboom’s skill as an author is clear, and I look forward to seeing him hone it further.

1 thought on “Read This: Nightbird”