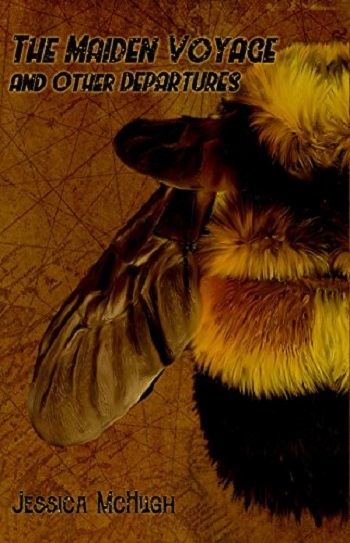 The Maiden Voyage and Other Departures by Jessica McHugh is a collection of six loosely related stories that hinge on a promising steampunk concept. In McHugh’s take on the early nineteen-tens, the world is polluted by industrial pollen technology and humanity shares the stage with apisthropes–bee/human hybrids living in disguise among humans. There is intrigue. There are power struggles. There is still a lot missing.

McHugh’s style is vivacious and energetic, but there is no nuance to her storytelling. The hybrid idea is full of possibility. However, the driving conceit quickly loses its steam to superficial characters, thin plots, and a lack of historical context. The collection oscillates between four fairly-convincingly related tales and two weak vignettes that have to name-drop to create any connection. The big picture simply isn’t there.

This is not a particularly well-crafted book. Worldbuilding is cursory, with little detail to anchor us to the locations. The dialogue is frequently anachronistic, with profanity thrown in for shock value. And the characters are stereotypical (even the apisthropes), underdeveloped, and drawn with a heavy hand.

My two immediate issues with The Maiden Voyage are the slapdash writing and sloppy editing:

“Mama opened the door and hollered for the nursemaid, Helga, but she was outside with the butler overseeing the installation of a beeswax and jellyglass fountain the Goswick’s had rented for the evening, and it had only just given its first spurt when Edith’s Vagnerian voice tugged her inside.”

“The gentle voice that cooed from behind him didn’t look like it belonged to the raven-haired woman standing in the doorway.”

I know mistakes happen. Typos and misspellings get missed. But this inattention to detail is found throughout the book, and is the kind of distraction that keeps me from caring about the characters or their fates.

Each story in the collection happens in the same alternate past, and is meant to connect to the others if only tangentially.

The title novelette fumbles an opportunity to provide exposition and context for what comes after. The protagonist is a newborn apisthrope, a drone born without any memory or history of his kind. This information is bestowed by a female shortly after he is born. Apparently, apisthropes have existed for eons. But instead of giving the reader access to any background information, McHugh glosses over it.

The second story expands on another variety of hybrid creature (butterfly/human) to no real end. The piece is more a vignette than a full story, and a sloppy throwaway of a vignette at that. The editing is atrocious, with dropped words, incomplete rewrites, and muddled points of view. 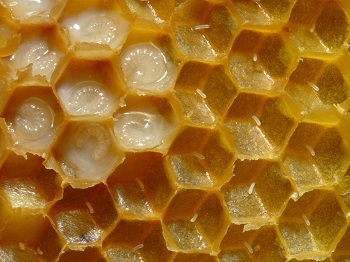 There’s Nothing Between the Sky and Sea

While this moves the general storyline to America and introduces the Wright brothers (and sister Kate), the historical connection is once again tenuous and the story fails to build on what it has. The existence of a pantheon of bee-gods is mentioned in passing, as is a human who is able to channel other personalities like a medium. There is more included here than can be effectively addressed in one short story.

This introduces a tragic hero, London slums, and human-hybrid S&M to the mix without stirring many emotions. I felt as if this story could have been a broad parody, but the blend of sentimentality and undercover rebellion is too strong for that reading.

This one is an inconsistently moody ghost story that neither adds nor subtracts from The Maiden Voyage’s  general concept. It takes place in the West, and expands oddly on the human/spider hybrid introduced in the first tale.

The final piece has a preternaturally gifted teenaged heroine, incomprehensible motivations for the villains, and one character who seems to exist only to reveal that another is gay. It also revives an antagonist from the first story, and teases more to come.

McHugh clearly has a good sense of humor, and, despite the editorial issues, an engaging style. Perhaps if the tales comprising The Maiden Voyage had been played more for laughs rather than for drama, the whole enterprise would have worked. As it is, The Maiden Voyage comes across to me as a fast and loose draft of a good idea rather than a fully-fleshed world.