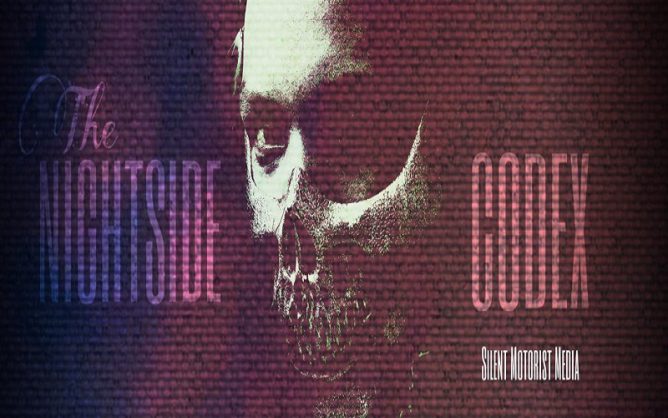 The Nightside Codex is the latest anthology from editor Justin A. Burnett. This time, the theme is mysterious, invented writings–secret texts, obscure notes, unknowable symbols. The idea of hidden knowledge–whether actual or purely fiction–has a long history in the human imagination. It is the basis of much weird literature, and many conspiracy theories. It is fertile ground, here.

There are a couple of literal texts to be found among the inspirations for these tales (Dante’s Inferno and Virgil’s Aeneid are put to good use, as is a bit of Lewis Carroll). Otherwise, the authors have created their own imaginary works to serve as guidebooks to the dark side. Some are innocuous. Some are never shown. Some offer more than enough information to get into trouble with. 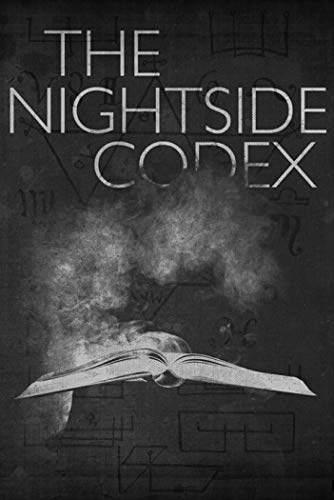 Opening with a striking poem, “The Book of Black Dreams” by K.A Opperman, The Nightside Codex plunges into seventeen strong stories:

Richard Thomas’s “In His House” presents a strange and dangerous chain letter, of sorts, with a curse the recipient cannot avoid.

Brian Evenson”s “I Cannot Remember” is a discomfiting locked-room mystery, with the future perhaps already written.

Nadia Bulkin’s “Les Belles Infideles” deciphers the symbols of a lost language against a background of male-dominated academia, cultural fetishization, and the long shadow of colonialism. Dreamy and gripping.

Alistair Rey’s “The Past is a Foreign Country” uses an unholy piece of music as its roadmap to the unknowable. Quiet, and very dark.

Scott J. Couturier’s “Monster of the Mind” puts a very different spin on an author’s attempts at world-building.

S.E. Casey’s “The Redneck Library” takes several strange turns before it reveals just how far the characters have gone in their pursuit of knowledge.

Philip Fracassi’s “As I Sit to Write This Story” uses a fragmented diary and the unreliable narrator trope to great effect.

Luciano Marano’s “My Eyes are Closed to Your Light” takes the cult of personality and mixes it with both the warning against meeting your heroes and the obsessiveness of fandom.

Sarah Walker’s “Ouroboros” proves to be wonderfully atmospheric and chilling, in a distinctly M.R. James sort of way.

Rhys Hughes’s “Between the Circles” turns to the classics for a new way to visit doom on its characters.

Austin James’s “Vanity” uses the message from a fortune cookie to create a grim tale of identity and the need to be loved.

Stephen Graham Jones’s “The Hero of Flight 247” begins with a deceptively simple concept, and follows it to its devastating non-end. Funny, bleak, and wonderfully overwhelming.

The Nightside Codex offers up a satisfying mix of moods, from the darkly playful to the profoundly grim–sometimes in the same story. There are unexpected philosophical questions, traditional weird turns, and several hauntingly untraditional weirder turns. All in all, a fine anthology. I heartily recommend it.