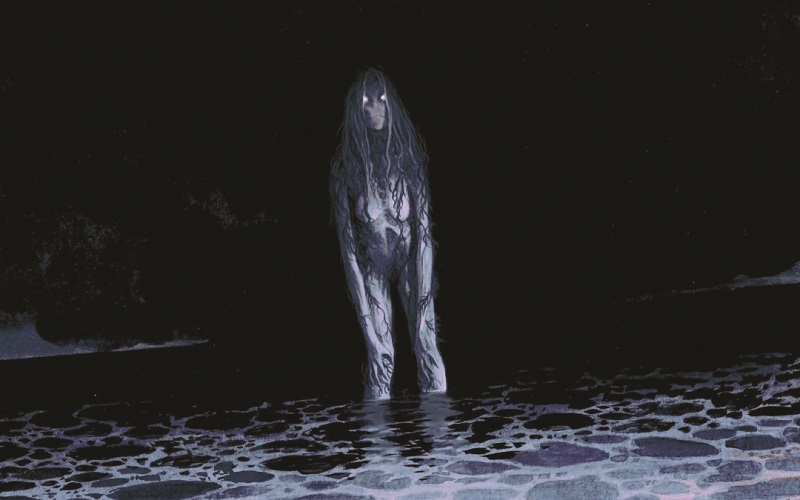 John Linwood Grant’s new collection, Where All is Night, and Starless, is a lovely, dark treat. The stories here are beautifully written, with a rich and believable diversity of settings, characters, and voices. One striking feature of Grant’s work is the amount of history woven into these stories, not merely as background color but as drivers of the events. And no matter where, or when, or who the tale concerns, the result is immersive, and quite natural–despite any unnatural happenings.

Where All is Night, and Starless’s seventeen stories are grouped around three themes: Mythos, mysteries, and myths. Although some resonated more deeply with me than others, there is not a weak one in the bunch. 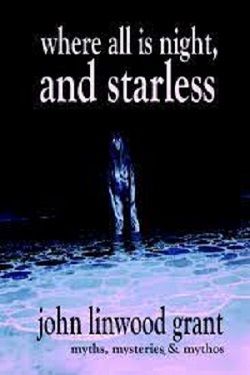 “Strange Perfumes of a Polar Sun” rebuilds At the Mountains of Madness in an attic room, to stunning effect. One of my favorites here.

“Messages” brings Nylarthotep into the modern world in a new form and with a glorious clarity of purpose.

“Lines of Sight” is a quest for transcendence carved into flesh, and the mystery handed down from one seeker to the next.

“Where All Is Night, and Starless” plumbs the chthonic depths in a tale based on an incident from World War I. Grim, visceral, and powerful.

“Where the Thin Men Die” follows the passing of a terrible power between struggling stand-up comics in 1970’s New York City.

“Marjorie Learns to Fly” turns a bored woman into a puppet of other minds before she learns how to take control of her situation.

“Wires” is a surprisingly resonant story about a very dark circus and the attention it draws. The feral clowns that flirt around the story’s edges are both nightmare material and oddly endearing. Another favorite.

“Today Is Tuesday” centers on the liminal, time-bending existence of a brother and sister in the wake of a family tragedy.

“Records of the Dead” blends early Hollywood and a rich woman’s obsession with an occult mystery that reminded me, oddly enough, of Sunset Boulevard.

“A Farewell to Worms” is a snidely funny tale of a malevolent Greek spirit and his machinations.

“A Slow, Remembered Tide” melds loss, memory, and responsibility into a quiet and beautiful elegy.

“For She Is Falling” tangles the experiences of a forest spirit trying to escape the city with the spirit of a recent suicide. Strange, rushed, and haunting.

“Sanctuary” is an odd little mermaid story with a streak of sly humor running through it, a counterweight to the serious matters of old faith, older magic, and protecting one’s own.

“Hungery” gives us an ogre made of poverty and urban decay, and the boy who doesn’t exactly befriend him.

“The Horse Road” is the famous Mr. Bubbles’s origin story, and it turns out to be more heroic than expected.

“At Vrysfontein, Where the Earthwolf Prowls” takes place in South Africa during the Boer War. It is slow, and sad, and too accurate in describing displacement and despair.

Where All is Night, and Starless is a genuinely terrific collection from a talented writer. I recommend it highly–and I promise you will not be disappointed.

Tags: John Linwood Grant, Journalstone, Where All is Night and Starless