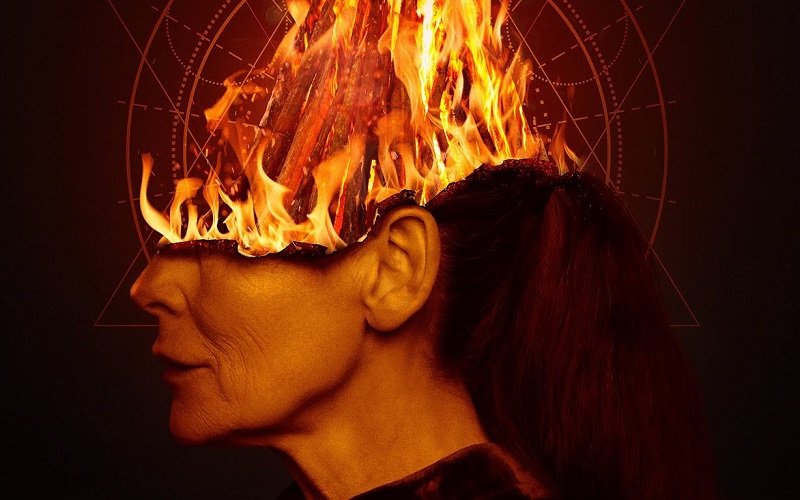 She Will is a gorgeously filmed, not-entirely-subtle feminist fantasy of turned tables, shifting power dynamics, and well-earned revenge. Graced with an excellent cast, it neatly connects past and present on multiple levels using relationships and other binding ties. And while the ending is not entirely unexpected, it is entirely satisfying.

She Will is contemplative and low key with flashes of violence. It is full of possible possessions, lingering female suffering, and immense, enduring female strength.

Recovering from a double mastectomy, former actress Veronica Ghent travels with her personal nurse, Desi, to an isolated Scottish retreat. She is startled and disappointed to find she will not be alone, and is disturbed at being recognized by the patronizing, patriarchal, New Age party already there. Stuck in the wilderness with no cell service to call for a car, she keeps her distance from the other guests as best she can.

After learning of the area’s history of witchcraft, Veronica begins to suffer from intrusive memories and nightmares about her own past traumas, tangled with visions of the women who were burned there centuries before. But as these unsettling visions grow more insistent, they also reveal how she can set things right. 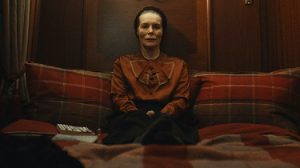 The three main actors are outstanding.

Alice Krige is perfect as the brittle, damaged former actress Veronica Ghent, wishing for solitude and anonymity. She continues to be luminous, and riveting to watch.

Malcolm McDowell is appropriately arrogant as Hathbourne, a famous actor who did something to Veronica when she was a thirteen year old child beginning her acting career.

Kota Eberhardt brings a sincere and gentle patience to Desi Hatoum, Veronica’s nurse, and conveys a deep affection for her sharp-edged charge.

Written and directed by Charlotte Colbert, She Will flecks its quiet dread with blood and fire to great effect. While at times a bit heavy-handed in how the omnipresent misogyny is displayed and dealt with, the film is still moody and evocative. The isolation of the setting is palpable–surrounded by forest, cold, with smears of mud and peat everywhere and ash falling like snow. The plot builds slowly, and the foundational trauma is clear from the beginning even if always addressed obliquely. Krige and Eberhardt in particular are given ample room to inhabit and realize their characters and create an emotional core that pays off beautifully in the end. I recommend it.