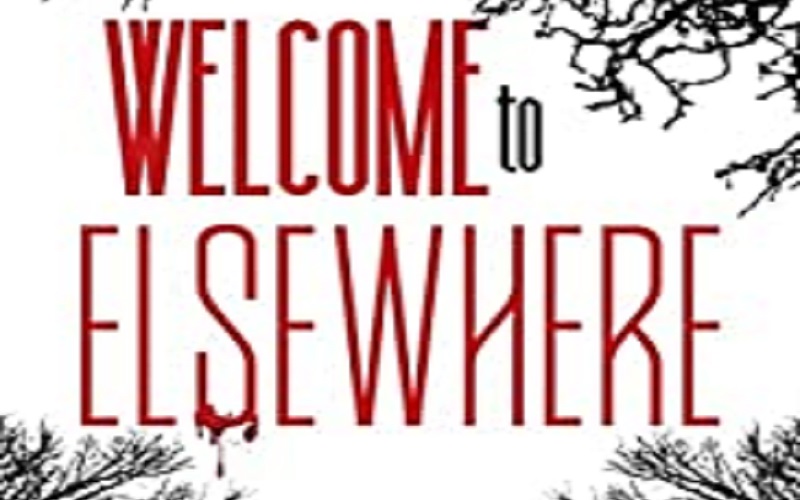 Welcome to Elsewhere by Micah Edwards is a quick-moving and entertaining fantasy novel that dabbles freely in humor and horror as its heroine tries her best to escape her predicament.

After an awkward date, Kate wakes up to find her boyfriend dead and herself trapped in Elsewhere, a strange, magical, unstable world whose rules she must figure out in order to survive and find her way home. But those rules keep changing, and Kate must scramble to keep up with them. 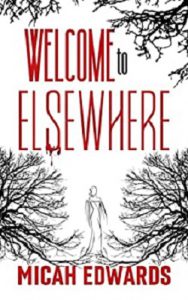 Edwards has an engaging, casual writing style that makes for a good read. Kate covers a lot of ground over the course of the novel, and where she goes remains an intriguing series of puzzles until the end.

Initially, I thought this would be a standard hero’s journey. But while Kate is resilient, plucky, and clever, she doesn’t really grow much as a person during her travels. She forges through one encounter after another, and spars with several antagonists more than once, but her adventures don’t build to something greater. Without much backstory to give her context she remains the strong, capable Kate we met at the beginning. This is not a bad thing. But based on some of the creatures she interacts with and the tentative relationships she forms with them, I expected more of a character arc for her.

And as for those creatures–I would have loved to know more about them and to see them made more central to Kate’s story. There are two in particular that I would like to see as supporting characters in their own right, not just drivers of the plot. The imperfectly-understood hints of motivation and desire that they show definitely make me want to know more. Perhaps a sequel?

Welcome to Elsewhere is a fine place to spend a few hours. The world-building is imaginative, the protagonist is determined and likeable, and her adventures are both exciting and tantalizingly unresolved. I enjoyed it. I think you will, too.