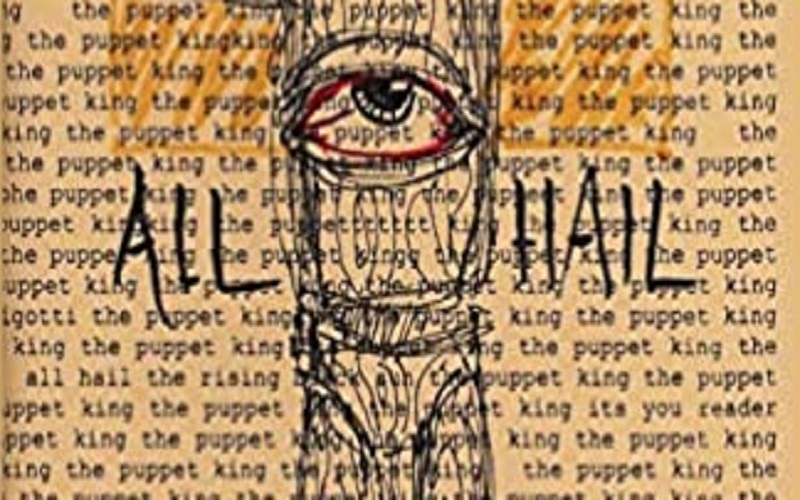 The Puppet King and Other Atonements, Justin A. Burnett’s new collection, is a deep, disturbing dive into the weird abyss. The fourteen stories are each a study in cosmic terror, told with the intimacy of first-person narratives and ripe with loss and despair. They are full of dolls, puppets, and other constructs standing in for lost souls. Gaping holes in the earth open with frightening frequency. Searches for meaning go too far. Lives fall apart.

Framing what happens as observations or experiments lends a certain distance to the alienation and pain, but does little to soften it. 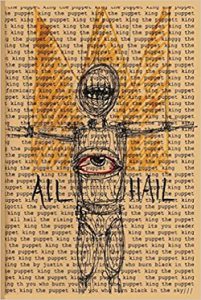 “The Toy Shop” is a bleak and terrible tale of the end of the world, where one woman struggles with the loss of her family.

“Sister” follows a woman’s attempts to deal with an irrevocably broken reality.

“Devourer” blends black metal, the quest for the divine, and pure Lovecraftian monstrosity into an effective descent into madness.

“The Rubber Man” never shows us the titular bogeyman, but does create other, worse monsters in a claustrophobic narrative with echoes of “The Rats in the Walls”.

“ABDN-1” melds science fiction with the Biblical in a tale of primordial chaos and new beginnings.

“She” is a strange story of haunting, failed love and a bloody quest to set things right.

“The Enucleator” layers obsession, art, and clinical observation into a story that seems to swallow its own tail. Nicely grim, with undertones of “Within the Walls of Eryx”.

“The Golden Thread” sits at the intersection of bureaucracy and the unfathomable void between being and nothingness. Strangely charming in it’s chatty, philosophical way.

“A Prisoner’s Guide to Stargazing” creates a vastly different portrayal of alien abduction.

“Our Endeavors” is a clinical, Twilight Zone-inflected tale of a creature that has developed to exploit human despair.

“Laberinto” touches on the mythic as an old man describes the inevitable transformation of a town’s reality.

“The Puppet King: A Monologue” is a nihilistic, extensively footnoted nightmare that intersperses its philosophical observations with descriptions of a character’s progressive dehumanization. A riveting cross between dissertation and fiction.

I’m more familiar with Justin Burnett as an anthologist through his terrific work at Silent Motorist Media. In The Puppet King he shows himself to be a deliberate and thoughtful storyteller, as well, with a keen understanding of the human motivations that let the monsters in. I recommend this collection highly.