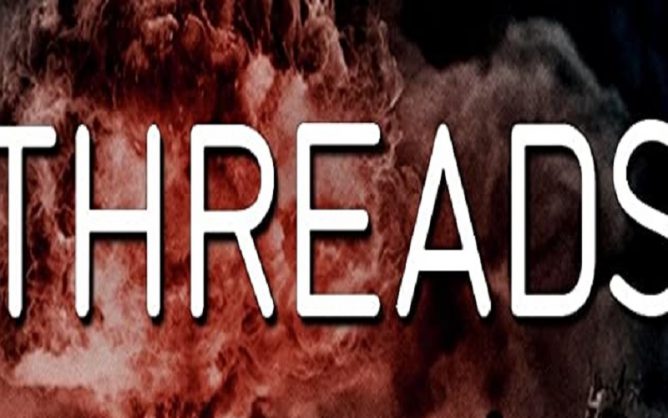 The mid-1980s were a great time for horror movies–Jason, Freddy, Michael, poltergeists, werewolves, and all their many companions. But on the cusp of the Cold War’s end, nuclear destruction was probably the biggest threat in our collective imagination. And in illustrating that threat, the legendary TV movie Threads  manages to be one of the most frightening films ever made without anything supernatural at all. 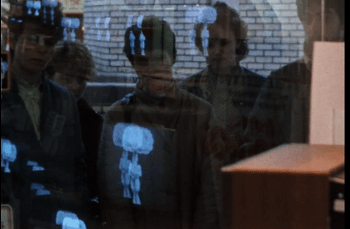 First broadcast in 1984, Threads is deceptively mundane and remarkably familiar in its background details.

There is a recession, conflicts in Afghanistan and Iran, rising tensions between the U.S. and Soviet Russia, protests, police violence, growing internal political strife–proof that the more things change, the more they don’t.

The story as it is opens in blue-collar Sheffield, England, framed around an unplanned pregnancy and the two families dealing with it when their world ends. These characters are the nominal protagonists, lab rats demonstrating all the expected effects. One of them even survives long enough to see society beginning to recover. But the characters are kept at a clinical remove. Somehow, that makes the whole experience more horrifying. They could be anyone. They could be us. 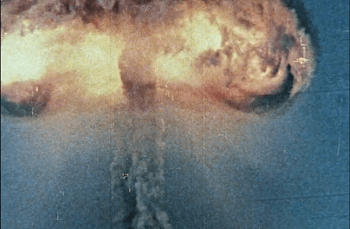 Step by step, the voiceover and on-screen text explain the preparations, the timeline, the circumstances. It shows us the piece by piece dismantling of life as we know it. Based on documented societal collapses and well-educated speculation, Threads is a steady drumbeat of the known and possible outcomes of a nuclear war.

Objectively, there is little about Threads that is genre. Yet it builds such dread, such despair, with it’s simple presentation, that it cannot be anything but horror. There is precious little character development. The special effects are rudimentary. The script is entirely exposition. And yet the impression it makes lasts.

There is a reason Threads is as revered as it is. It works–too well. The two hours are grueling viewing, and in my opinion far more terrifying than 1983’s identically-themed  The Day After. With low-budget practical effects and well-used stock footage, Threads creates a post-apocalyptic nightmare scenario that is all too believable.

This one is a must-see. Once will be enough.