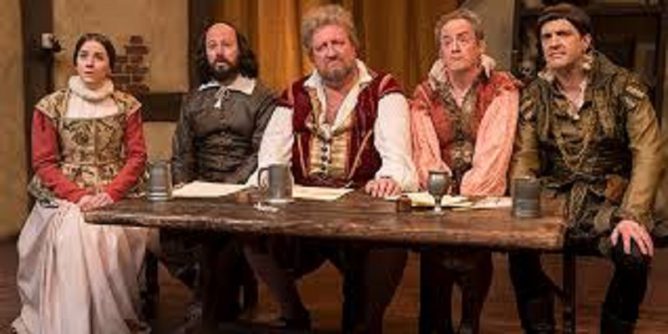 The last month went by fast.

I’m working on a few new stories, and waiting for the publication of several more. The near future should see my stories in Weirdbook and Vastarien, and in a couple of slightly-delayed anthologies.

In the meantime, though, I’ve been dabbling in a number of new and returning shows.

The big one is always going to be Game of Thrones. I was looking forward to the final season with joy and trepidation, and the first episode met my expectations. It was good to see Tormund again, and Arya, and Varys. But the exposition was so blunt it felt like a summary to me rather than an unfolding story. I hope it will smooth out a little on the way to its epic ending. (As a special added bonus, you might want to check out Upstart Crow on PBS, a sitcom about Shakespeare now in its third season. I only just realized that Gemma Whelan, the actress who plays Yara Greyjoy with such grim strength, is a regular on it and very, very funny.)

What We Do in the Shadows, on the other hand, has been consistently delightful over its first four episodes. The vampires, humans, and werewolves in the series are different characters than those in the movie. That was a small disappointment. The comfortable snark and deadpan awkwardness remains, though, and there is a steady supply of guest stars to liven things up. I highly recommend this one, even though FX is stringing it out week by week.

Black Summer came with many high recommendations, yet I was left completely unimpressed by it. In fact, I found the dialogue so weak I couldn’t even finish the first episode. The actual zombies were cool in a 28 Days Later sort of way, but an age-old question popped up almost immediately: How does a zombie with severely broken bones still run around as if nothing is structurally wrong?

To recover from that unhappy experience, I finally got around to watching Umbrella Academy. It is phenomenal–it looks beautiful, it pulls you in, it’s funny, it’s dark, and it’s cast is terrific. Especially Aidan Gallagher, who plays Number Five. He is wonderful.

With any luck, I’ll have more writing announcements soon. Until then, there is Netflix.

Tags: Black Summer, Game of Thrones, Umbrella Academy, Upstart Crow, Vastarien, Weirdbook, What We Do in the Shadows