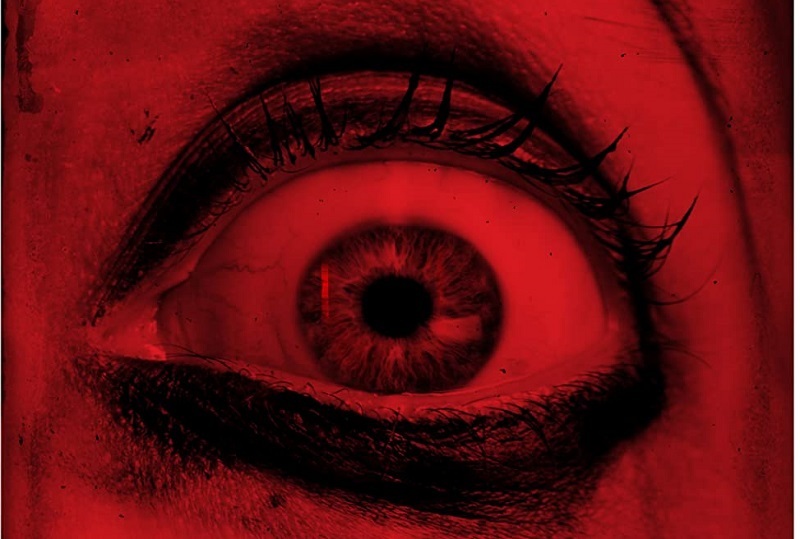 We Need to Do Something, a claustrophobic little horror movie scripted by Max Booth III and based on his novella of the same name, delivers a satisfying amount of bang for the buck. Pacing issues and some aspects of the performances weaken the overall impact, but overall We Need to Do Something is a tense, weird twist on a locked-room mystery that’s good for an evening’s entertainment.

The set-up is simple: A family takes shelter in their bathroom during a tornado warning. But when the storm ends, they find themselves trapped in the room by a fallen tree. As time drags by, their nerves fray and their arguments turn uglier. And they realize that getting out may not be their salvation, after all.

We Need to Do Something makes good use of what we can’t see–noises in the walls and on the roof, shouts and screams beyond the blocked door, monsters we can only imagine. Calls and messages that go unanswered. The drip drip drip of information about how they got into this situation in the first place. 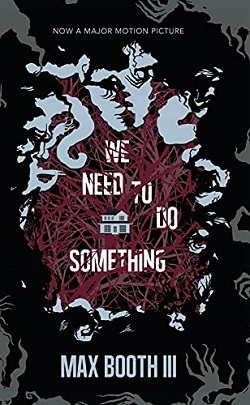 The four-person cast is competent and effective, although at times their interactions become stiff and stilted where they are meant to be tense.

Sierra McCormick stars as Melissa, a teenaged girl who has done some unwise things. Vinessa Shaw is her mother, Diane, an attentive parent who has also done some unwise things. Pat Healy plays her father, Robert, a man with serious issues and poor coping skills. John James Cronin is Bobby, the baby of the family. And Lisette Alexis is Amy, Melissa’s friend and partner in setting the plot wheels in motion.

While the interplay of dreams, flashbacks, and unseen threats builds a solidly unsettling mood, the action feels a little thin overall. The concurrent family conflict is not well-enough developed to fill the space it is asked to fill. I wish the film had dug deeper into it.

Some random observations: The bathroom set is extraordinary in its early-eighties vibe, with pink and maroon tile, glass brick, and fake plants. And it might just be me, but I think Robert being dressed like Michael Douglas’s character in Falling Down is a nod to his character arc.

Slow, dreamy, and nightmarish, We Need to Do Something is a well-done take on a constraining premise. While there is plenty of gore, it doesn’t overwhelm the more subtle effect of not knowing what the real threat is. I enjoyed it quite a bit, despite my quibbles.

And I’m still thinking about that ending.

Tags: Max Booth III, Sean King O'Grady, We Need to Do Something