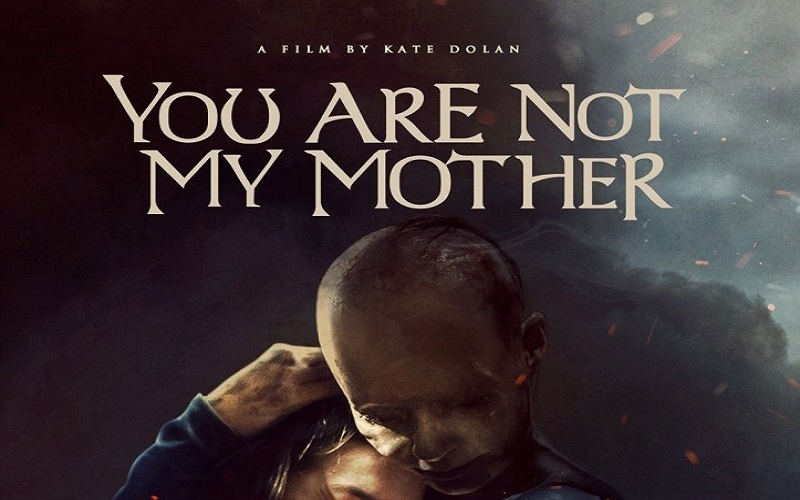 You Are Not My Mother is an understated and quietly creepy film that deftly touches all the right emotional notes as it builds its tension. Beginning just before Samhain, many strands of ancient folklore are woven into the story of a family under incredible pressure. You Are Not My Mother sets its roots in the ongoing trauma of a parent’s illness, the parentification of a child, and the secrets and inequities families so often hide. And then, it goes someplace darker.

Char is a girl already struggling with the difficulties and otherness of adolescence when her mother, Angela, goes missing. Again. When Angela returns she is changed, and Char’s grandmother has her own suspicions about both Angela’s disappearance and the reason she came back. 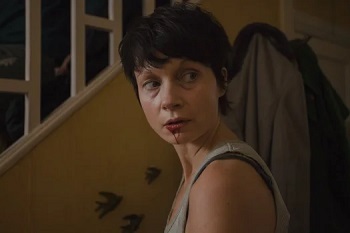 The main cast functions well as a damaged family unit.

Hazel Doupe is sad and sharp as Char, the teenaged daughter of a deeply troubled mother. After years of disappointment she is angry, still hopeful, and resilient.

Ingrid Craigie as Rita, Angela’s and Aaron’s mother and Char’s grandmother, plays the family matriarch with calm and furtive authority.

Paul Reid as Aaron is a loving and dutiful son, uncle, and brother. While he tries his best to support his family, he is either willfully ignorant of or not privy to their deeper conflicts.

Jordanne Jones plays Suzanne, one of the girls who bullies Char, with a quiet sensitivity that allows for a believable change of heart and an honest attempt at real friendship.

This is a deeply female film. All the major characters are women, and the driving conflicts are among only them. Char’s father is never mentioned. Her only male relative is her Uncle Aaron, caring but ineffectual and as prone as the rest of Char’s family to weighing her down with too many adult responsibilities.

There are also surprisingly sweet touches to be found, especially in the tentative, promising friendship between Char and Suzanne.

The only real flaw in the film is when You Are Not My Mother leans too heavily into the mean girl trope to produce external discord. The main bully verges on being a caricature amongst the other more nuanced performances. I found the somewhat overdramatic threat she presents to Char pulled me out of the story at a critical point.

Finding its horrors in fairy lore and family dynamics, the film walks the blurry line between the psychological and the supernatural. It gives enough weight to both to make the distinction something to think about. I know what I think the real horror is. And I think that You Are Not My Mother is certainly worth watching, in order to decide for yourself.

Tags: fairies, Irish, You Are Not My Mother