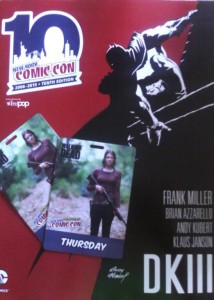 As Bill mentioned in the latest Nerdgoblin podcast , a few of us made a trip out to the 10th New York ComicCon this past Thursday. Now, the last con I attended featured bootlegged copies of Heavy Metal and Rocky Horror on VHS. It’s been awhile. Things have changed. Cons have gotten bigger, brighter, and more popular, and the NYCC is one of the biggest.

I dislike large crowds, so why not jump back in with the NYCC? I tagged along to take in as much of the sensory overload as I could process while our fearless leader worked hard documenting the event. Armed with some random advice from a few young veterans (The food is expensive and terrible! You’ll have to wait on line to get wristbands to buy ComicCon exclusives!), I waded into the fray.

As a fan without a specific focus, I did my best to show up with few preconceived expectations and a willingness to learn what the NYCC is all about. I had no real plan of attack, just a few events of interest I had made note of. I went on the lightest day for attendance, got there nice and early, and was pleased to find the line to enter moving quickly. Competent, friendly staff helped considerably. And by noon, the venue was packed. 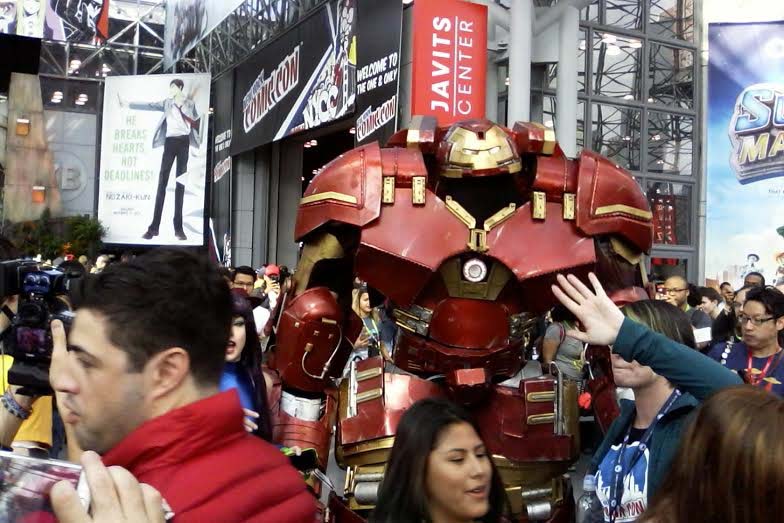 There was an excellent vibe for a space that full of people. In spite of the omnipresent warnings that cosplay is not consent and a list of what constitutes harassment, the NYCC felt very safe. Everyone seemed to be happy to be there, united in a common cause.

Let’s face it. The con would not exist without the cosplay. The crowd was filled with multiple iterations of the Joker and Harley Quinn, Deadpool and Daenerys.  But some of the more memorable costumes I saw there were singularities. There was a gent dressed as multiple Johnny Depp characters (Jack Sparrow’s bandana, Tonto’s crow, Edward Scissorhand’s scissors, Willie Wonka’s coat, Hunter Thompson’s sunglasses…), the Weeping Angel, Cruella deVille, the Bride, Aquaman, and a two-year old Hulk complete with giant fists.

Since my planning was minimal, I spent the morning on the vendor floor and the afternoon in Empire Stage panels.

The vendor floor was huge. I was told to get swag, but was too overwhelmed by the sheer amount of swag available to make any rational decision about it. All I bought was a new set of dice (they are beautiful—marbled red with gold numbers). I took a few pictures, soaked up the atmosphere, and had a fantastically great time looking around. Then, on to the panels! 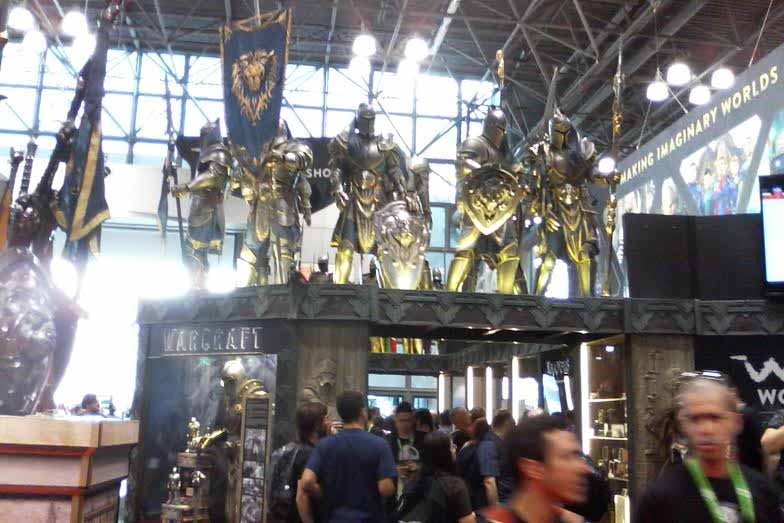 The Star Wars Rebels panel was the most professionally run of the three I saw, and served as a lead-in for the season two sneak previews later in the evening. The panelists were all pleasant and open, but Sarah Michelle Gellar was exceptional—warm, modest, and happy to be there for the fans.

The Walking Dead panel was a misfire. The only panelist to show up was Robert Kirkman (perhaps the promised other Special Guests were eaten on the way over?), and he was sorely lacking in the warmth and charm departments. But the room was packed, and we got a look at the cover art for issue #150 before Friday’s special screening of the show’s 6th season opener in Madison Square Garden.

The last, most anticipated, and most disappointing panel I stayed for was the Game of Thrones: Panel of Ice and Fire. The only complaints and dissatisfaction I heard from any fans was here, because of the mishandling of the audience. The participants were on point, and the panel started exactly on time, yet the waiting crowd was not let in until it had already begun. And unlike the earlier panels, staff was not available to make sure all the seats were filled—so there were empty seats scattered throughout and a mass of fans left standing at the back. The panelists were terrific, though. Natalie Dormer was sharp and witty even though she had spent the day doing photos and autographs. Keisha Castle-Hughes came across as very sweet, and Finn Jones seemed to be having a good time. Fan Q & A quickly devolved into variations on “So, if you could bring back one dead character…?”, but the three actors gave all the questions a fair shot. 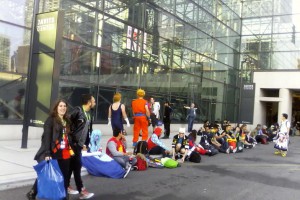 There was still a night full of panels and screenings ahead, but I chose to head out while I was still coherent. There was so much to process. Even though I was ready to go I regretted not being able to come back the next day. I missed more than I saw, and I had enough of a taste to want more.

As to the things I learned about attending the NYCC (which fit with what A.J. Hernandez learned here ):

I inadvertently skipped Artists’ Alley entirely (and Danielle Frazetta with it), and only gave a cursory glance to the book vendors and authors (I know, I know). There was not enough time to hit any of the off-site offerings, either. And never mind the weekend events.

So, next year, I’m going back with a better game plan, some experience—and in costume. See you there!