Man lives in the sunlit world of what he believes to be reality. But… there is, unseen by most, an underworld, a place that is just as real, but not as brightly lit… a darkside.

October brings the chills, be they weather or words. Tales From the Darkside, a spooky anthology series created by George A. Romero as an offshoot of his horror anthology film Creepshow started appropriately enough on October 29, 1983. Romero put aside his zombies long enough to write the pilot episode, titled “Trick or Treat”.  From that promising start Tales From the Darkside went on to bring its own distinctive set of chills to ninety episodes over four seasons.

Tales From the Darkside, in first-run syndication from 1983-1988, was part of a great eighties revival of horror/weird anthology TV (some others were Monsters, Tales From the Crypt, Amazing Stories, and Tales of the Unexpected). The format lent itself to clever, twisted half-hour stories made on the cheap with low-tech special effects and great enthusiasm. 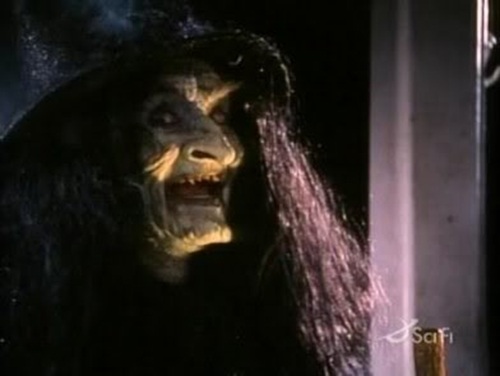 Tales From the Darkside–Trick or Treat!

Romero’s pilot episode, “Trick or Treat”, was a morality tale that set the tone for the series. It is about a wealthy man who lends his money in exchange for IOUs and a chance to terrify the debtors’ children. Parents will be absolved of their debt if their children can find the IOU in the man’s monstrous Halloween haunted house. Then the real demons show up, and turn the tables on him.

I watched this show religiously late on Saturday nights, scaring myself with anticipation as much as being scared by the stories. My two favorite episodes from Tales From the Darkside are:

From Season 1, “Levitation”, a moody piece based on the quietly frightening Joseph Payne Brennan story of the same name (and worth reading here). In it, a carnival demonstration of hypnotism and levitation goes terribly wrong when the magician dies in mid-act. 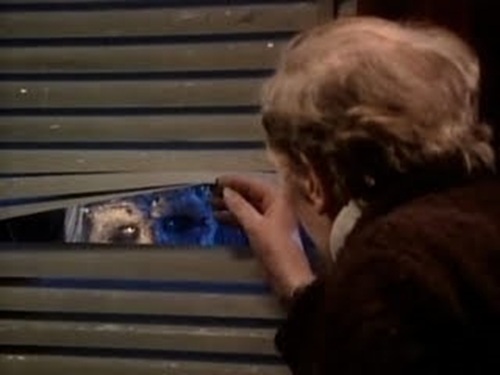 Tales From the Darkside–Halloween Candy

And from Season 2, “Halloween Candy”, a grotesque story of Halloween vengeance. A nasty old man, purposely cruel to trick-or-treaters, draws the attention of a small demon that terrorizes him until he dies of it. This is the episode I think of every year as Halloween rolls around.

Tales From the Darkside: The Movie was released in 1990. It continued the anthology tradition, and was able to ramp up the gore with better special effects. While Romero did not direct it, he contributed a screenplay based on Stephen King’s story, “The Cat From Hell”.

Talk of a series reboot has been drifting around for the past few years, but has never gained traction. The CW has most recently decided not to pursue it. A variety of cable networks are supposedly interested, but nothing has been confirmed. One can hope, or one can simply enjoy the scary treat that is the original Tales From the Darkside.

The darkside is always there, waiting for us to enter – waiting to enter us. Until next time, try to enjoy the daylight.

Tags: George A. Romero, Halloween, Tales From the Darkside