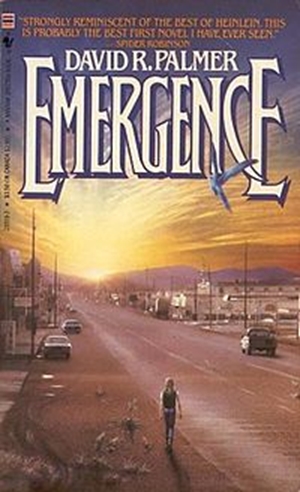 I first read Emergence, by David R. Palmer, in the magazine Analog back in 1981, when Emergence was only a novelette. I was thrilled with it then. The protagonist, Candy Smith-Foster, all of eleven years old, was close to my age and a self-described plucky female adventurer taking on a depopulated post-apocalypse world with the help of her hyacinthine macaw companion. How could I not be thrilled? Palmer pulled the same successful trick again in 1983 with Seeking, publishing a second installment of the story in Analog. These two novellas were renamed Volumes I and II in what would become the full, Hugo-award nominated novel in 1984.

However, life got busy and despite the best intentions I never got around to reading the expanded version of Candy’s saga. Consequently, I am both delighted and sadly disappointed with what happened to Palmer’s energetic kid heroine.

First, the delight. Emergence is written in a snappy, abbreviated first-person journal style that gives an almost breathless rush to the action and an immediacy to the exposition. It is imaginative, well-paced, and colorful, and it jumps immediately into the fray: “Unfortunate. Regrettable. Vicious cycle—snake swallowing own tail. Mind dwells on problems; problems fester, assume even greater importance for mind to dwell on. Etc. Bad enough where problems minor. Mine aren’t” (1). After this tantalizing opening, Palmer draws back long enough to provide a brief autobiography of the narrator and some limited background on the state of the world.

Palmer’s primary stylistic device is that Candy’s journal is written for the ages in Pittman shorthand, which does a great deal to drive the speed of the plot. While descriptive and at points an internal monologue, chopping down full sentences to subject/verb keeps the story moving. There is little to bog a reader down once the action begins in earnest.

Set in the aftermath of a combined nuclear and biological apocalypse instigated by the Soviets, Emergence is often a snapshot of mid-eighties state-of-the-art technology. For example, Candy is thrilled to find an “administration building well stocked with modern communications media marvels: electric typewriters, photocopiers, etc” (59). A phone answering machine is an important plot component. Computers are bulky and limited to academia and military settings. Candy makes frequent use of good old-fashioned phone books to find resources as she wanders through various cities on her quest for other survivors. The fly-in-amber quality to the novel’s frame of reference has its own quirky charm—if the world had ended in 1983, it would look an awful lot like this.

While no new technology is introduced, Palmer does offer up a new species. Candy is a member of the hardy new breed, Homo post hominem. In the great tradition of mitochondrial DNA and viral recombination, “The grandmothers of these children were all…conceived during the rampage of the great influenza pandemic of 1918-19…Sweeping genetic recombination, due to specific viral invasion” (40). This lucky twist of mutated fate makes the hominems into super-intelligent super-humans and allows them to survive the germ warfare that annihilates the Homo sapien population. 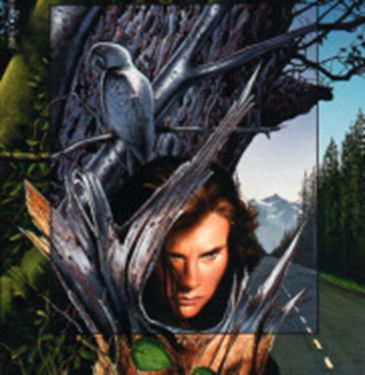 The beginning of the disappointment lies with Palmer’s assurance that he can sustain a believable eleven year old female character. Over the course of the full novel this works out far less well than the journal-style narration. Let’s leave out the new species, end of the world scenario. Palmer is awkward at integrating the emotional vagaries of a preadolescent girl with what he envisions is an evolutionarily superior being. The effect is only amplified by the extended storyline. And Palmer reminds his readers fairly relentlessly that Candy is only eleven, as a way of underscoring her inherent exceptionalism. “Candy must have gone up on a shuttle; she must be in space right now. What’s an eleven-year-old kid doing in space?” (279).

Also, in returning to Candy’s adventures as an adult, I found a few recurring themes to be… off.

An especially awkward addition is the sexuality Palmer interjects from Volume III onward. There is something inescapably squicky about the sexual thoughts, advances, and descriptions in Emergence as put forth by the forty-ish year old male author. At times Palmer’s presentation of Candy’s desires and conflicts veers uncomfortably close to Lolita territory—although Nabokov never tried to get into his girl’s head. A few examples of the awkwardness: “Am not ready for babies: not physically, not emotionally—not now!” (107); ”I cannot and will not endure your company on a celibate basis if, after speculum examination, it is my professional opinion that you are physically capable of accepting me as a lover” (151)—this is spoken by a forty year old man; “Perhaps should have gone ahead with Adam. Then at least wouldn’t be dying as virgin…But only 11, after all” (224); “If only little bit older, would see to it they both died smiling” (247)—this refers to men who are in their thirties and fifties, respectively. 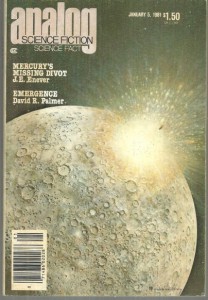 Palmer also indulges in the lightly scatological. He dwells with uncomfortable frequency on bodily functions, with a special fondness for the Foley catheter. These particular interludes do not advance the plot in any appreciable way. I can only imagine these various details were an attempt to keep this from being lumped in with juvenile fiction.

Emergence will always be a book I remember fondly, but I doubt I will ever come back to it. While I was happy to read it again after all this time, in the end it didn’t, really couldn’t, hold up for me. Emergence is an easy way to pass a few hours, an exciting and well put together but ultimately shallow story that has moments of what struck me as trying too hard. Candy wasn’t the girl I remembered. Best to leave her where I found her, thirty years in the past.