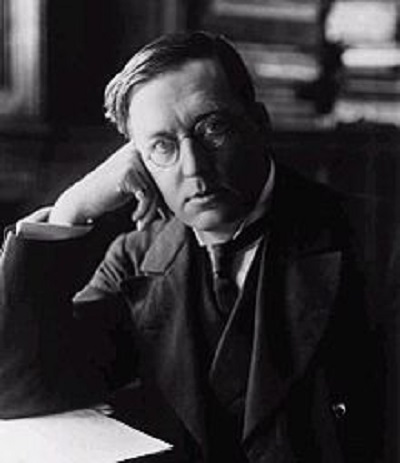 M.R. James is perhaps the most reliably frightening author I can think of. Although Montague Rhodes James only published 34 stories over the course of his life, each one is a polished gem of unwise inquiries, lurking supernatural threats and terrible ghostly vengeance. What could be better, with Halloween looming?

Published between  1895 and 1936, James’s ghost stories are slightly stuffy, off-handedly erudite, and almost impossibly creepy–the kind of creepy that makes locking all the doors and looking behind the furniture a rational reaction. His tales were influenced by his scholarly work as a medievalist and antiquarian, with many of them featuring archaic manuscripts and bookish protagonists, with the setting being often a small village or a country estate.

M.R. James also incorporated a subtle humor into his terrors, with side comments about social obligations and domestic disagreements. The contrast between the prosaic and the threatening unknown makes the effect all the more intense and hard to shrug off.

Of, course, I have my particular favorites. 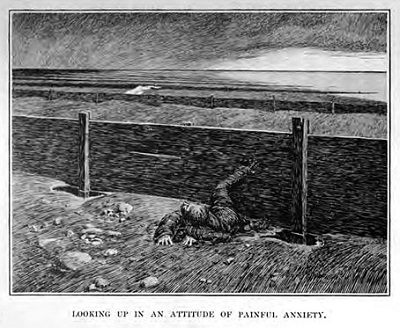 “Oh, Whistle, and I’ll Come to You, My Lad” begins with the discovery of a small flute.

It stood for the moment in a band of dark shadow, and he had not seen what its face was like. Now it began to move, in a stooping posture, and all at once the spectator realized, with some horror and some relief, that it must be blind, for it seemed to feel about it with its muffled arms in a groping and random fashion.

Imagine one of the awful bird-catching spiders of South America translated into human form, and endowed with intelligence just less than human, and you will have some faint conception of the terror inspired by the appalling effigy. One remark is universally made by those to whom I have shown the picture: ‘It was drawn from the life.’

“The Mezzotint” is a still life that is not so still.

It was indubitable — rankly impossible, no doubt, but absolutely certain. In the middle of the lawn in front of the unknown house there was a figure where no figure had been at five o’clock that afternoon. It was crawling on all fours towards the house, and it was muffled in a strange black garment with a white cross on the back.

Finally, “Lost Hearts”, which I have always found the most tragic of M.R. James’s stories.

His description of what he saw reminds me of what I once beheld myself in the famous vaults of St. Michan’s Church in Dublin, which possess the horrid property of preserving corpses from decay for centuries. A figure inexpressibly thin and pathetic, of a dusty leaden colour, enveloped in a shroud-like garment, the thin lips crooked into a faint and dreadful smile, the hands pressed tightly over the region of the heart.

While M.R. James exerted plenty of influence in the literary world (inspiring H.P. Lovecraft and Clark Ashton Smith, as well as John Bellairs, Ramsey Campbell, and Stephen King), his work had less impact on movies and television. The only full-length film version of one of his tales is the adaptation of  “Casting the Runes”, filmed as Night of the Demon (Curse of the Demon in the US) in 1957. James’s stories were adapted for television several times over the years, from a 1951 version of “The Tractate Middoth”, to the BBC’s A Ghost Story for Christmas series in the 1970s that used five of James’s works,  to a chilling 2010 adaptation of “Whistle and I’ll Come to You” starring John Hurt.

M.R. James’s Complete Ghost Stories has no scaly cosmic horrors, no carnage, and precious little blood. What it does have is an undeniably unnerving atmosphere that has held up for over a century. And whatever form you find them in, M.R. James’s stories can be counted on to make you look over your shoulder–just to be sure.