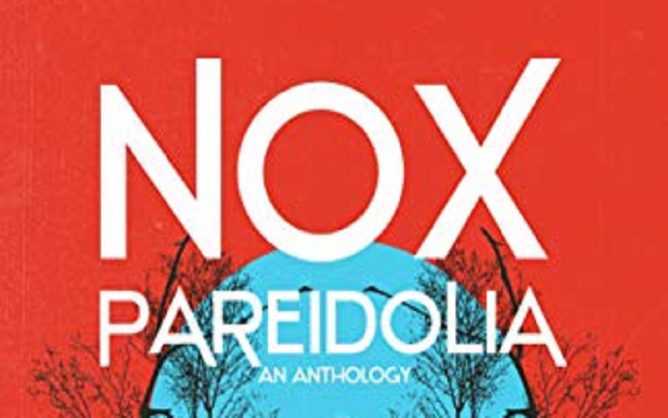 Nox Pareidolia, Nightscape Press’s recent anthology, stands as a quick-reference guide to excellent weird fiction. The thirty-one stories collected here are each disquieting and ambiguous, but never repetitive. They go their own strange ways, distinctly individual yet building like pieces of a puzzle to an inescapable sense of doom. Don Noble’s striking cover art and Luke Spooner’s vivid interior illustrations amplify the unease.

I found the horror in Nox Pareidolia to be generally quiet and introspective, although there is still an abundant selection of monsters and a healthy smattering of bloodshed. The characters throughout are lost souls, whether they know it or not. Their stories are compelling, slow-motion wrecks.

I relished every one of them. 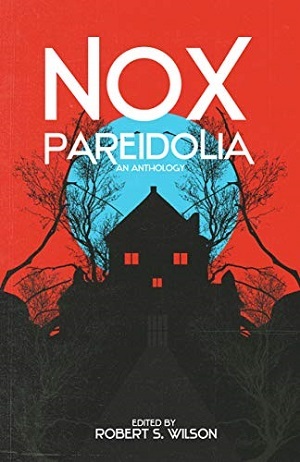 The ones that stick with me are these:

“The Dredger” by Matt Thompson happens in a gritty, industrial wasteland that is itself as bleak and confusing as what happens to the protagonist. I saw a definite undercurrent of The Rime of the Ancient Mariner running through the story.

“Hello” by Michael Wehunt is a disorienting found-footage trip through conspiracy theories, the weird fiction community, and one of Lionel Ritchie’s greatest hits. Nonlinear and unforgettable.

“Rum Punch is Going Down” by Daniel Braum reads like Margaritaville by way of Hunter S. Thompson and White Zombie. Set on a tropical island where people go to escape their other lives, the story unfolds as a heady blend of light, dark, and bizarre.

“The Past You Have, The Future You Deserve” by K.H. Vaughan is a quietly philosophical horror story that explores the weight and repercussions of responsibility, both shirked and assumed, before it comes to an abrupt and satisfying conclusion.

“Sincerely Eden” by Amelia Gorman follows the disintegration of a woman’s life framed by communications from an old, lost friend. But as the woman explains what happened between them it becomes clear that the devil is in the details.

“When the Nightingale Devours the Stars” by Gwendolyn Kiste presents a subtle and chilling view of witchcraft coupled with a scathing observation of small-town expectations. Flavored with hints of The Twilight Zone and deeply unsettling.

“In the Vastness of the Sovereign Sky” by S.L. Edwards delves into the disruptions of civil war and how it lets weirdness edge its bloodthirsty way in. The characters’ attempts to unravel past atrocities leave them exposed to the cult of personality behind the original horror. Another fine, nuanced tale from one of my favorite authors.

While I have my favorites, every story contained here is a strong one. Nox Pareidolia is a well-put-together anthology that, for me, evokes the unifying yet disconcerting feeling of being lost and helpless before inscrutable forces.

What more could anyone ask of weird horror?