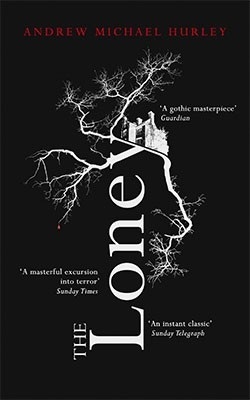 The Loney is Andrew Michael Hurley’s first novel, and it is a wonder. As literary horror it is gothic and gorgeous, not so much frightening as vastly uneasy. It has been a long time since I’ve read a book in one long gulp, and I am tempted to open it and start again. Hurley’s use of language is hypnotic, and he is relentless in setting and keeping the dim, wet mood of the novel.

“If it had another name I never knew, but the locals called it the Loney—that strange nowhere between the Wyre and Lune where Hanny and I went every Easter time…and look[ed] for God in the emerging springtime, that, when it came, was hardly a spring at all; nothing so vibrant and effusive. It was more the soggy afterbirth of winter” (3)

First published in Great Britain by Tartarus Press in 2014, The Loney’s first American edition came in May 2016 from Houghton Mifflin Harcourt. In between those dates, the novel collected a number of awards and recognitions, with Britain’s Sunday Telegraph already declaring it “a modern classic”.

They may be on to something.

The unnamed narrator is almost absent from the story, even though it is told in first person as his own experience. His reactions and feelings are left mostly a blank, described but not dwelt on. This creates an emptiness at the heart of the story, rendering it as an almost clinical, if poetic, observation that results in very few answers.

Set primarily during a religious retreat in 1975, The Loney recalls the trend in sixties and seventies horror toward pagan witchcraft and Satanism as the root cause of terror. In many ways the novel shares the same thematic landscape as The Great God Pan, The Wicker Man, and assorted Hammer films like The Devil Rides Out. Here, though, Hurley uses the familiar horror tropes of witches, demonic infants, hostile locals, and ancient, secret religions as background rather than primary plot devices. 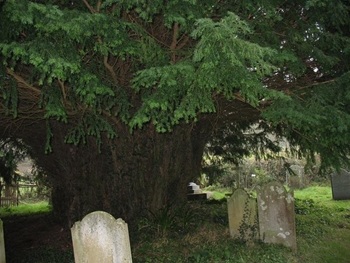 The Loney is filled with many portentous allusions and subtle misdirections. There are random, muddy hints that the narrator’s rigidly Catholic mother may be quite familiar with the undefined old ways. The storyunfolds during Easter, a Christian holiday with particularly strong ties to pagan rites. There are frequent mentions of yew trees, with their ancient connection to rebirth and immortality and astounding longevity, and ubiquitous place in churchyards. A troupe of Pace Eggers makes an appearance, whose performance varies from the norm and suggests uglier, older customs. There is a church chained shut, a decayed shrine, the mystery of a priest’s death. A nearby estate called Coldbarrow is said to be haunted by a witch, and its manor house, Thessaly, seems named after the battlefield where Greece’s old gods fought the new. The references are enough to bury a reader in history both real and mythological.

“I often thought there was too much time there. That the place was sick with it. Haunted by it. Time didn’t leak away as it should. There was nowhere for it to go and no modernity to hurry it along, It collected as the black water did on the marshes and remained and stagnated in the same way” (31)

Details and characters are introduced but not resolved, left hanging to intrude at intervals without confirming explanation. Striking and suggestive imagery is used but not integrated. Any sense of understanding is necessarily incomplete, because the fear The Loney generates is not from monstrousness but from uncertainty. 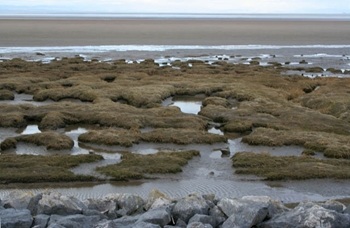 And uncertainty becomes a moral and a mortal danger. Hurley’s real theme, as I understood it, is faith—its blindness, its loss, and its absence. The oppressive religiosity of the characters adds to the joyless proceedings, reinforcing the bleakness and alienation of the setting and the mood.

The narrator’s mother demonstrates a slavish, near fanatical adherence to ritual, to the point that ritual seems all that gives her faith. There are slippery narrative whispers that she and the other characters have lost their way, with their stubborn adherence to a faith that is not so pure as they would have it.

“The shrine seemed much further than everyone remembered, but eventually we arrived at a small gravel car park, deserted apart from a matress and some old car tyres. The little booth where an elderly attendant had once sold penny information leaflets was gone and there was only the wind and the sound of sheep far away on the hills” (209)

They do not want to admit the syncretic merging of a newer religion with an older, or that a religion changes at all. And that refusal to accept the uncertainty of changes–that God or no God is not so cut and dried, that there may also be a matter of God or Other Gods–makes the possibility of a loss of faith truly devastating.

Hurley does a compelling job at weaving all his many threads into a story that retains its mystery even after it ends. The Loney is convoluted, but without any coherent resolution—a puzzle with too many pieces gone. Yet it is so gorgeous, so evocative, that the incompleteness of it acts as a spur rather than a disappointment. I was left sated but wanting just one more bite. Time will tell if The Loney is truly a modern classic. But judging by the effect it has on me, I think it will be.