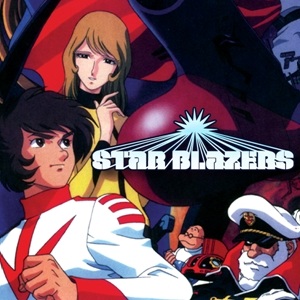 While the action-packed Battle of the Planets was my introduction to anime science fiction, the more polished Star Blazers was my introduction to anime space opera. When I was but a wee nerdgoblin, being home sick from school meant getting to see Star Blazers, since the local station aired it half an hour before school normally let out. It was totally worth running a fever for. It was more grown up, and had a sweeping story arc and a huge cast of characters. I was hooked, and very happy whenever I got to hear the dramatic theme song:

We’re off to outer space

To save the human race

Star Blazers began its three-season-long saga in 1974 as the Japanese series Space Battleship Yamato. Alas, it was cancelled for low ratings in its home country. But then came Star Wars, and epic space battles were once again in fashion. Repackaged and dubbed into English to ride those coattails, Star Blazers first appeared on American screens in 1979. In the adaptation for young American audiences, Star Blazers lost many of the details that made it an adult anime—violence, language, drinking, sexualized characters, and extended historical references to World War II.

The drama and action in the first season revolve around a devastating radioactive attack made on Earth by the planet Gamilon, and the assistance the surviving humans receive from the planet Iscandar’s queen, Starsha. The people of Iscandar possess a means to eliminate the radiation and save humanity. Queen Starsha sends Earth plans for the interstellar travel capable Wave Motion Engine so humans can reach Iscandar for the proffered help. 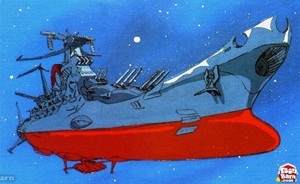 Humans, being the resourceful creatures they are, raise the sunken battleship Yamato (an important ship in the Japanese Imperial Navy during WWII, sunk in the China Sea while on a mission to defend Okinawa), rename it Argo, and refit it into a spacefaring vessel powered by the alien engine.

An aside: Just as the ship’s name was changed when the series was translated into English, character names were adapted as well. As with many imported anime shows, they have a hyper-literal, state-the-obvious style to them. Our heroes are Captain Avatar, Derek Wildstar, Mark Venture, Nova, Eager, and Dash—you can feel the bravery in those names. Medical staff and robots are, unironically, Dr. Sane and IQ-9. And the villains are the unsubtle and threatening Generals Krypt, Talan, Bane, and Scorch. With anime names, you always know where a character stands.

By the second season Earth has been saved from the original threat by the alien technology, but a new variety of cosmic bad guys want to conquer our planet. In the third and final season, Earth gets caught up in a war between two different galactic powers who accidently trigger the impending explosion of our sun, unless the captain and crew of the Argo can stop it. And as far as the American version of the original series went, that was that.

There was still strong interest in the franchise after its original runs. In the 1980s and 1990s there were several comic book adaptations of Star Blazers in America, as well as a web comic. Disney actually optioned the rights to Star Blazers in the 1990s with an eye toward a live-action movie. There was still talk of it from Disney as recently as 2006, but nothing has come of it here. The Japanese, however, released a live-action version in 2010. The Japanese also remade the original show’s first season as the animated Space Battleship Yamato 2199 in 2012 (with more episodes anticipated), with an American release following in 2014 as Star Blazers 2199. The remade series was further condensed into a theatrical film which was released for both Japanese and American audiences in 2014. 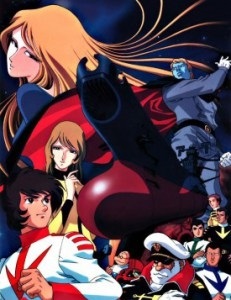 A few of the many Star Blazers characters

I discovered Star Blazers at a critical time in my development. I had only recently begun reading (and re-reading) The Hobbit, The Chronicles of Narnia, and John Christopher’s Tripods trilogy, and faithfully watching Battle of the Planets. I was eager for more in the same vein, be it book or television. I was captivated by Star Blazer’s Starsha, Queen of Iscandar, her sister Princess Astra, and their saga—they were different than the other female characters I had bumped into thus far. The style, the plot, and the characters of this show all helped define anime for me, as well as helped shape my taste in fantasy and science fiction.  They were, and are, my Star Blazers.