If you have been saving up The X-Files for a binge watch, be warned of spoilers ahead. 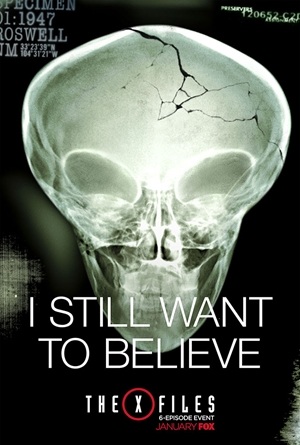 Season ten of The X-Files is nothing if not ambitious. Over the course of only six broadcast hours it brings up or takes on transgenderism, Islamic terrorism, God, immigration, media conspiracies, motherhood, monsters, and medical experiments—some of which are more “out there” than others. While the assortment of threats and themes covers The X-Files’ usual ground, many topics seem to be thrown in more to give a sense of currency to the revamped show than to contribute materially to the goings-on. As flaws go, though, the sometimes blunt attempts to reference current issues are a mild one. It’s been a long time, after all.

Beginning with “My Struggle,” the initial, mainly serious episode that catches Mulder and Scully up to the present day and re-orients them in the vast government/alien conspiracy, the revival of The X-Files is a rollercoaster of topics, threats, and attitudes ranging from the grim to the hilarious, to the maudlin and the ridiculous. The new season presents a highly condensed version of the original series’ many moods, which, while engaging and on-point, taken as a whole come off as trying just a little too hard to hit every single mark.

The second episode, “Founder’s Mutation,” riffs on the theme of secret alien experiments brought up in “My Struggle” while still leaning on a monster-of-the-week story line. While the plot is interesting enough, it contained, for me, an enormous hole based on really questionable Department of Defense contractor hiring practices. This episode also brings in a fantasy version of Mulder and Scully’s son, William, and a whole host of regrets.

“Mulder and Scully Meet the Were-Monster” is a complete 180 from the show’s previous serious tones, embracing the inherent silliness of the show in a very affectionate way. In between the mockery of modern life, psychoanalysis, and traditional lycanthropy, episode three hammers in as many easter eggs and inside jokes as an hour long show can hold. Of the current series, this is certainly my pick as the best installment.

The fourth episode, “Home Again,” is again a monster of the week, but without the ties to aliens and conspiracies. Art, Buddhist thought-forms, homelessness, exploitation, and disenfranchisement are all tied into a neat, greasy bundle of green goo and maggots that kills people. Graphically. The more interesting counterplot once again invokes their son and makes a rekindling of Mulder’s and Scully’s relationship seem genuinely possible, if not likely.

“Babylon,” episode five, again introduces a generous dose of silliness with the young, alternate versions of Mulder and Scully and Mulder’s wild night on suggested hallucinogens. However, the episode feels off balance because the dominant plot concerns visions of God, Islamic immigrants and suicide bombers. It is not an easy pairing.

After a recap of Scully’s history of involvement in the X-Files, the final episode of this short season, “My Struggle II,” comes back hard to the all-encompassing conspiracy from the first episode and the pervasive alien DNA problem. It retells a much-told plot (shades of The Stand and The Omega Man) with oddly stagey exposition and an utter lack of humor or lightness in an attempt to reference all the previous episodes. The younger agents are back, the hospital from episode two is back, the religious iconography from episode five, the Cigarette Smoking Man, the internet conspiracy theorist. The conspiracy becomes amplified with anti-vaccination hysteria, threatened ecological collapse, chemtrails causing immune system failure, and a doomsday virus set to kill all humanity unless it can be nullified. Of course there is far too much loaded into a single episode, and it ends on a wicked cliffhanger.

It would be cruel not to continue the show. 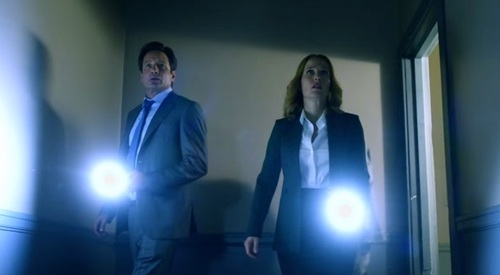 The X-Files Season Ten: Mulder and Scully in action

As of now, Fox has not committed to any additional seasons, but the possibility remains open, especially with the strong ratings the mini-series has garnered. All in all, the renewed X-Files with its older, wiser, more tested and more contemplative agents is a comfortable place for viewers to fall back into. The storylines, while crowded in a short season, are well paced and well written despite large doses of silliness, and the overall mood is not one of reboot but of reflection. There is pleanty of excitement still to be had, an there are still some truths to be sought after in this new version. And I think there are plenty of fans still willing, and quite eager, to look.