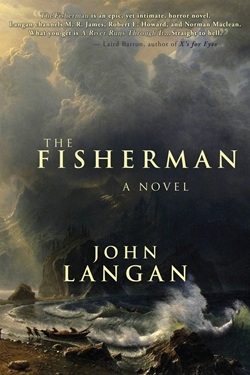 The Fisherman by John Langan is a quietly disturbing novel of loss, black sorcery, and regret. Unexpectedly, the story manages to be both intimate in its telling and sweeping in its possible implications. While not perfectly balanced between those points, The Fisherman is a well-written and emotionally engaging work.

Told in three parts, The Fisherman begins by introducing the languid, convincingly-realized Abe. He is the novel’s widowed narrator, recollecting why he began fishing and what eventually made him stop. Abe’s tale ventures from his personal history into local history, then local folklore, and then deep into the occult and supernatural. But Abe and his experiences are made to serve double-duty. While he is presented as the primary, first-person focus of The Fisherman, Abe’s life shortly becomes the frame for another tale that is a thinly disguised, massive exposition dump. However, that content does allow Abe’s narrative to be something more than an intriguing novella.

After Abe sets the scene, the second, longer part of the novel is a several-times secondhand recounting of  events that occur well before the frame story. While this second part is nearly stand-alone and full of rich images, it eats up the middle 150 pages of the 266 page novel without hitting the same emotional tone as the introduction. In particular, it lacks the distinctive voice Langan gives to Abe.

In addition to creating a great character, Langan also imbues The Fisherman with a great sense of place—the Catskill Mountains of upstate New York are a vital presence in the novel. He teases out the atmosphere of the forests, rivers, and streams, captures the fragrance of the woods and the qualities of light. He also very gently lets grief seep in before his characters declare it out loud.

The foreshadowing in The Fisherman is frequent and subtle. Langan keeps good control over its pace, even when he seems to be pointing right to it: “The canvas was such a mess of shades and shadows that I half-suspected it was some kind of giant Rorschach Test… there was something about it, this quality, that I don’t know if I have the words for. The picture fascinated me; I guess because it was so close to showing you what it was, so close to revealing its meaning” (41). 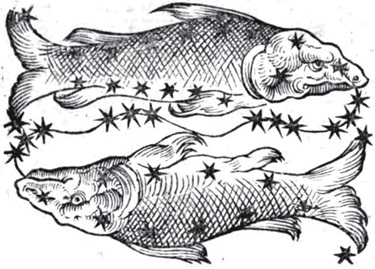 You don’t want these fish

The imagery is strong but not always connected. The many, many uses of water are beautifully done, vivid and tactile, but they do not always, well, flow. Occasionally it seems as if a water reference is used simply because it is watery. For example, in the third part of the novel Langan weaves a familiar urban legend into the mix and then submerges it, using it to reinforce the dolorous mood:

“It’s one of those tales I’ve noticed attaches to spots where water covers the site of human dwelling. There’s something haunting about the image of those houses, those shops, those churches, submerged in darkness, schools of fish darting amongst them, the light a distant glow overhead. It’s as if you’re seeing how time works, or some such” (199)

While it is evocative, it doesn’t fully connect with his other uses of watery imagery, particularly the pivotal Dutchman’s Creek and the often-referenced black ocean. 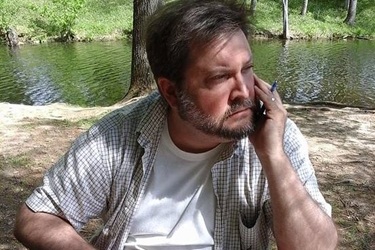 John Langan, The Fisherman himself

Speaking of liquid images, I wish the strange other world Langan attaches to our own had been more thoroughly dived into. He presents us with such grand visions as: “For a moment, Jacob’s mind insists that what arcs out of the water is an island, because there is no living creature that big in all of creation. Then it moves…the whole of its dull surface traversed by the ripples of what Jacob understands are great muscles flexing and releasing, and there’s no doubt this is alive” (145). This and descriptions like it evoke the sheer scope of the thing and its environment in a way that recalls Dune and the sandworms. Yet it still feels somewhat incomplete to me, like a set-piece rather than a fully organic experience. I would have welcomed a much longer novel that delved further into that sorcerous world.

The Fisherman has been described as Lovecraftian—but everything is Lovecraftian, of late. This flirts with it, although it is in many ways too concrete and contained in its cosmic horror. But comparisons are only guideposts, and John Langan has a distinct style that stands on its own. I truly enjoyed The Fisherman. It has at its root a thoughtful literary sensibility wrapped around a solid supernatural horror story. That’s a hard combination to beat.